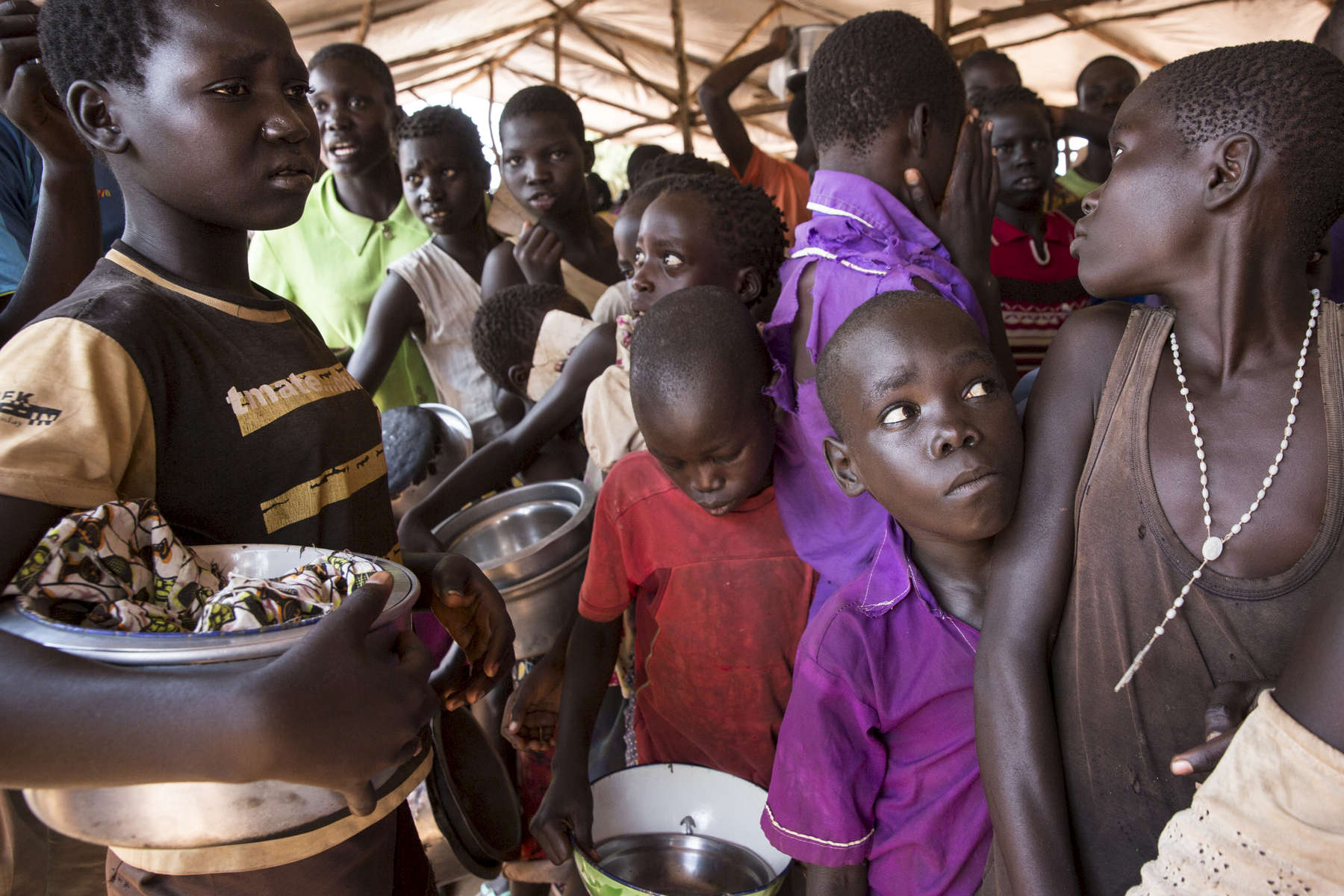 ADJUMANI DISTRICT-UGANDA: At the Nyumanzi transit camp refugees line up for hours to receive a hot meal from World Food Program (WFP) .