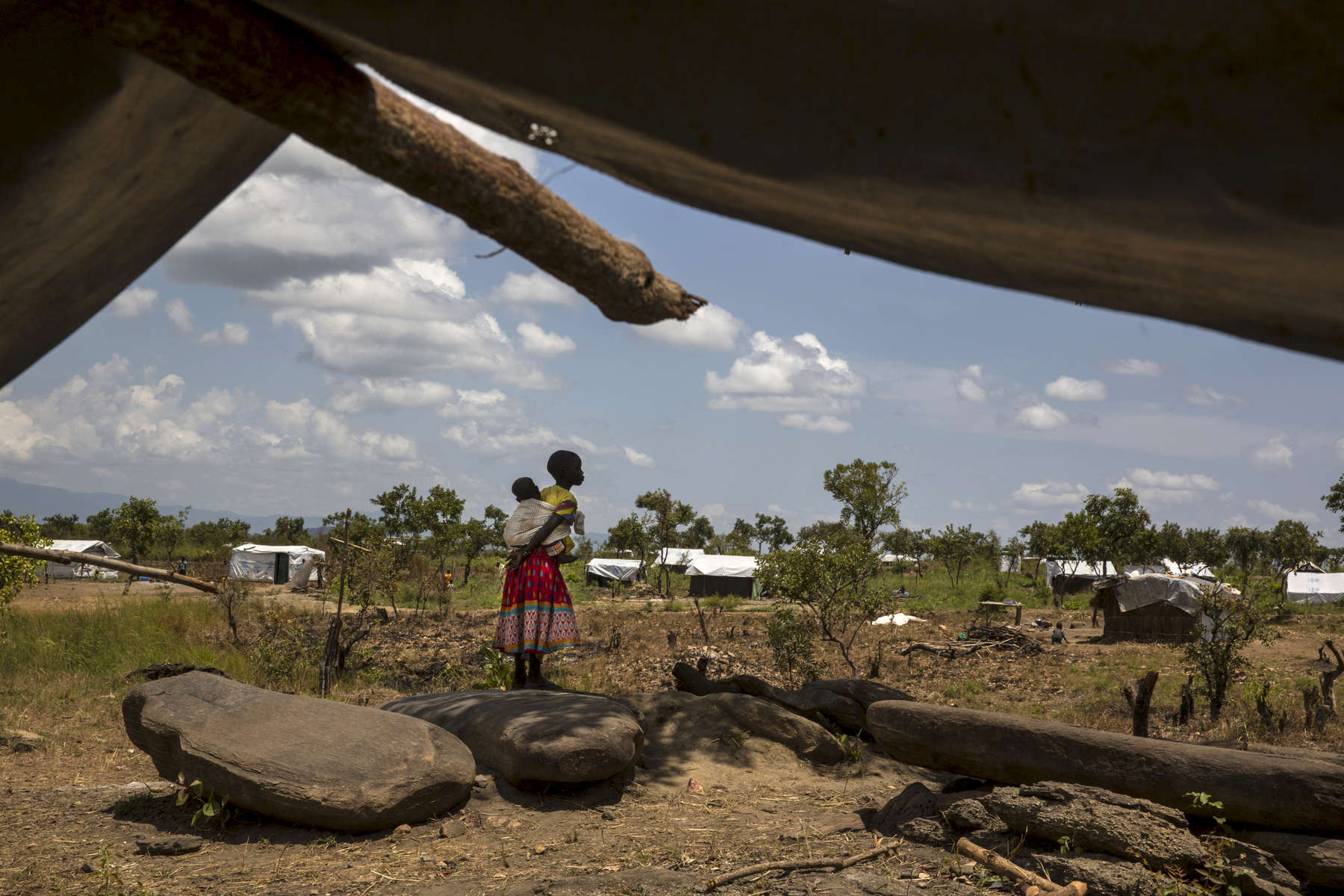 Refugees are seen walking back to their tent after a prayer service.