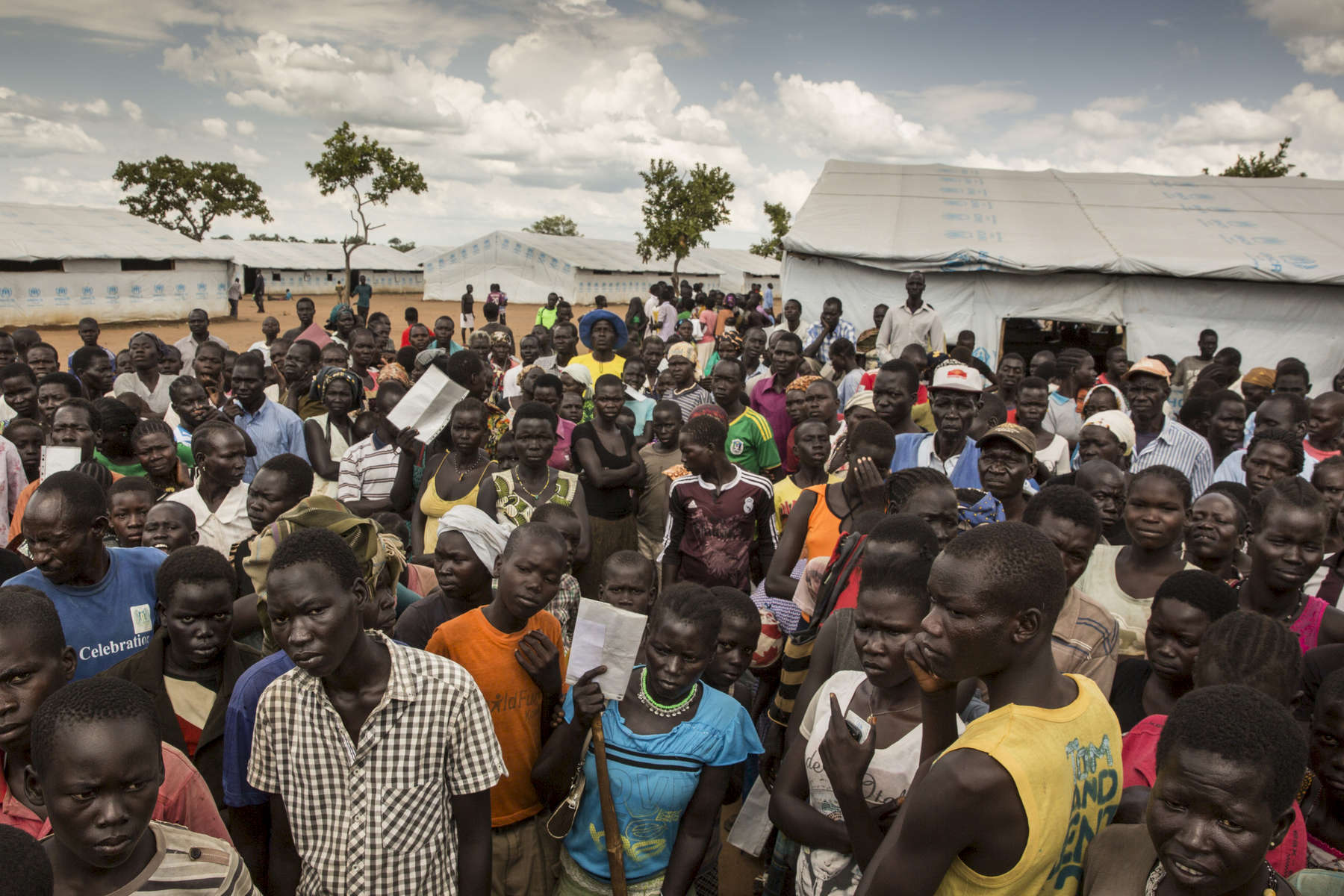 Hundreds of Sudanese refugees wait to hear about getting solar lamps and other badly needed assistance. The Onward Struggle: A refugee crisis in Uganda deepens as South Sudanese Refugees are forced to leave their country behind.