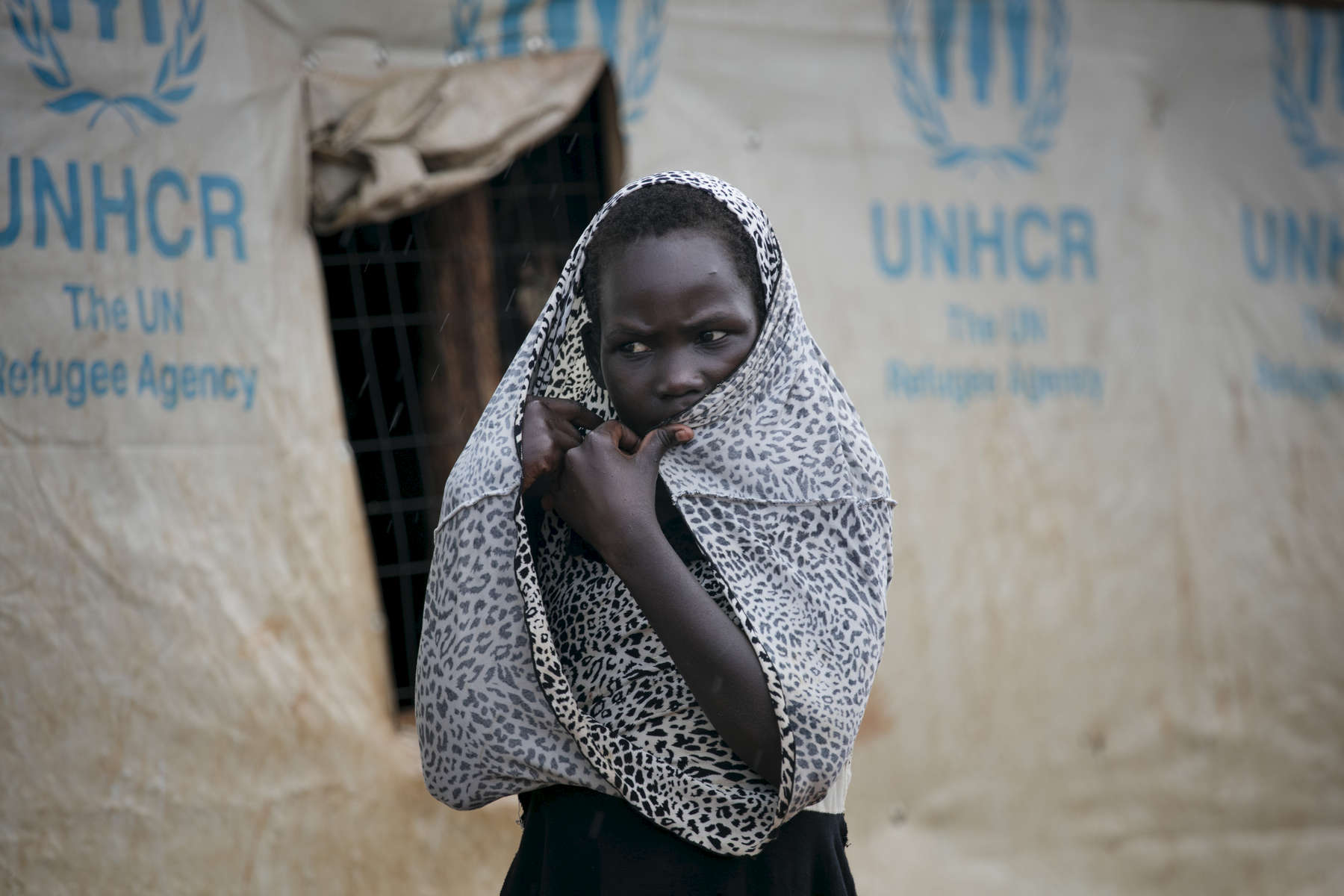 ADJUMANI DISTRICT-UGANDA: At the Nyumanzi transit camp a girl hides from the rain. Hundreds of people are crammed into large tents, living in this transit camp for months waiting to be transferred.