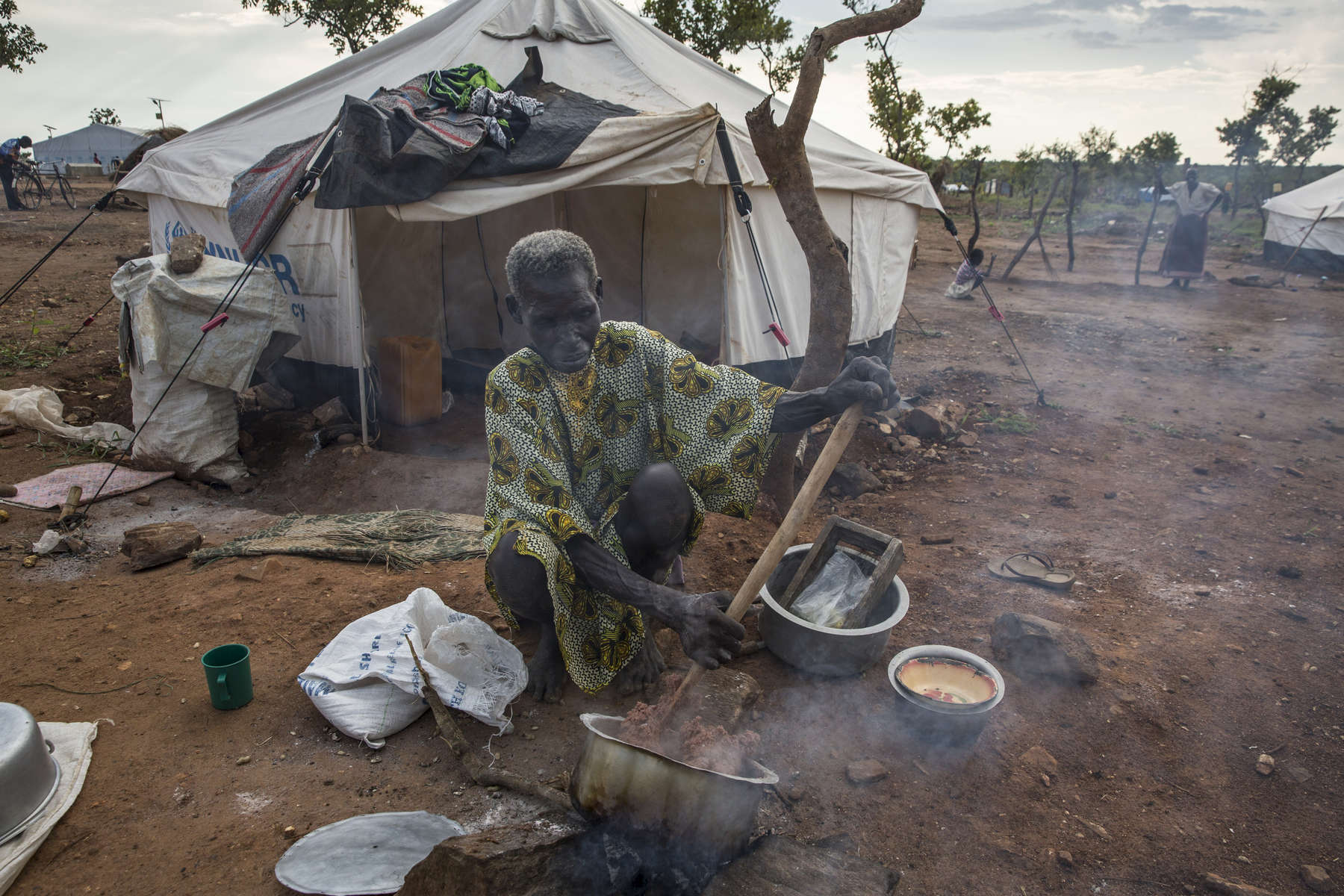 An elderly woman cooks outside her tent using firewood and a wooden stick to stir the food.