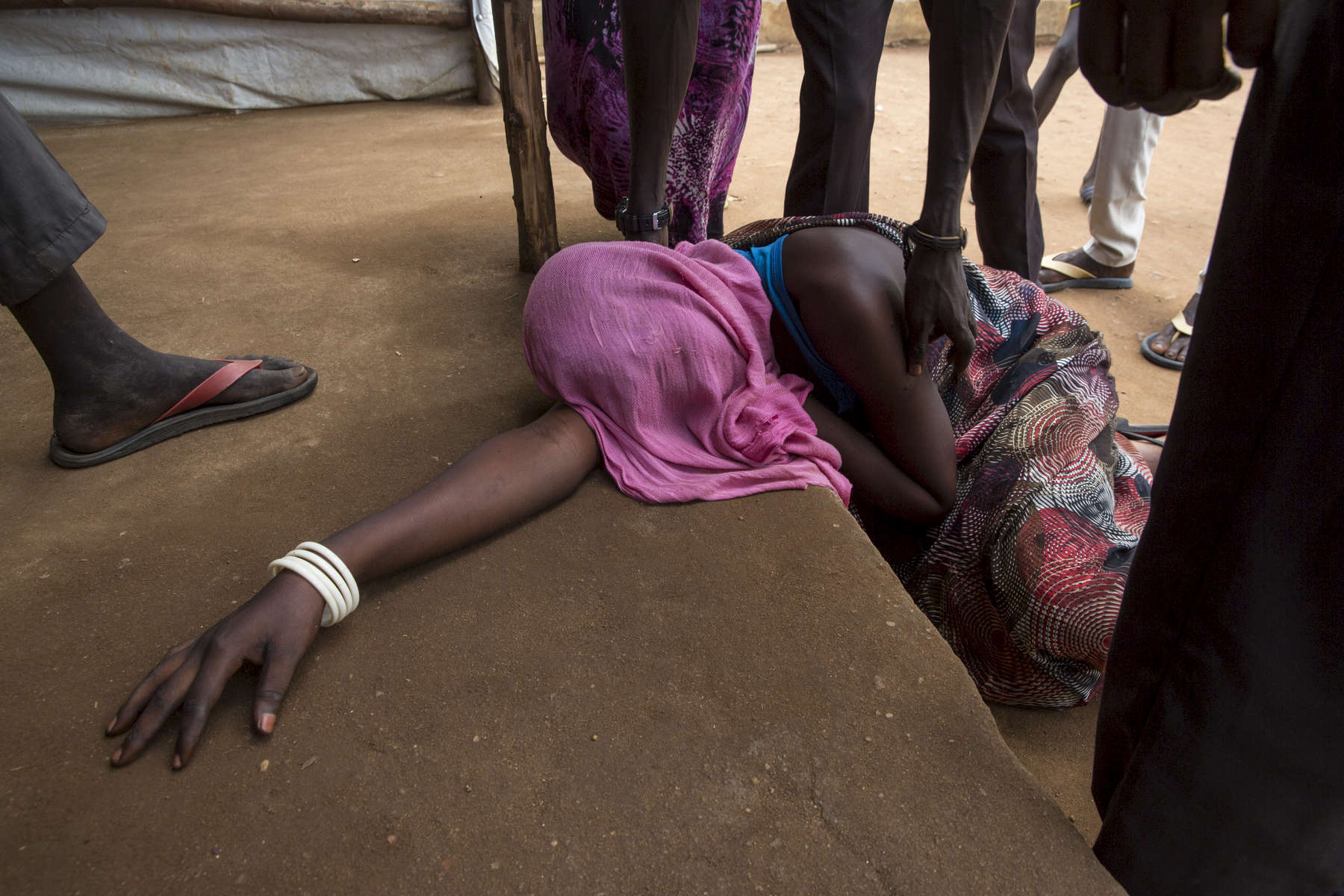 ADJUMANI DISTRICT-UGANDA: A woman collapses with a high fever from malaria at the Pagarinya camp medical clinic.