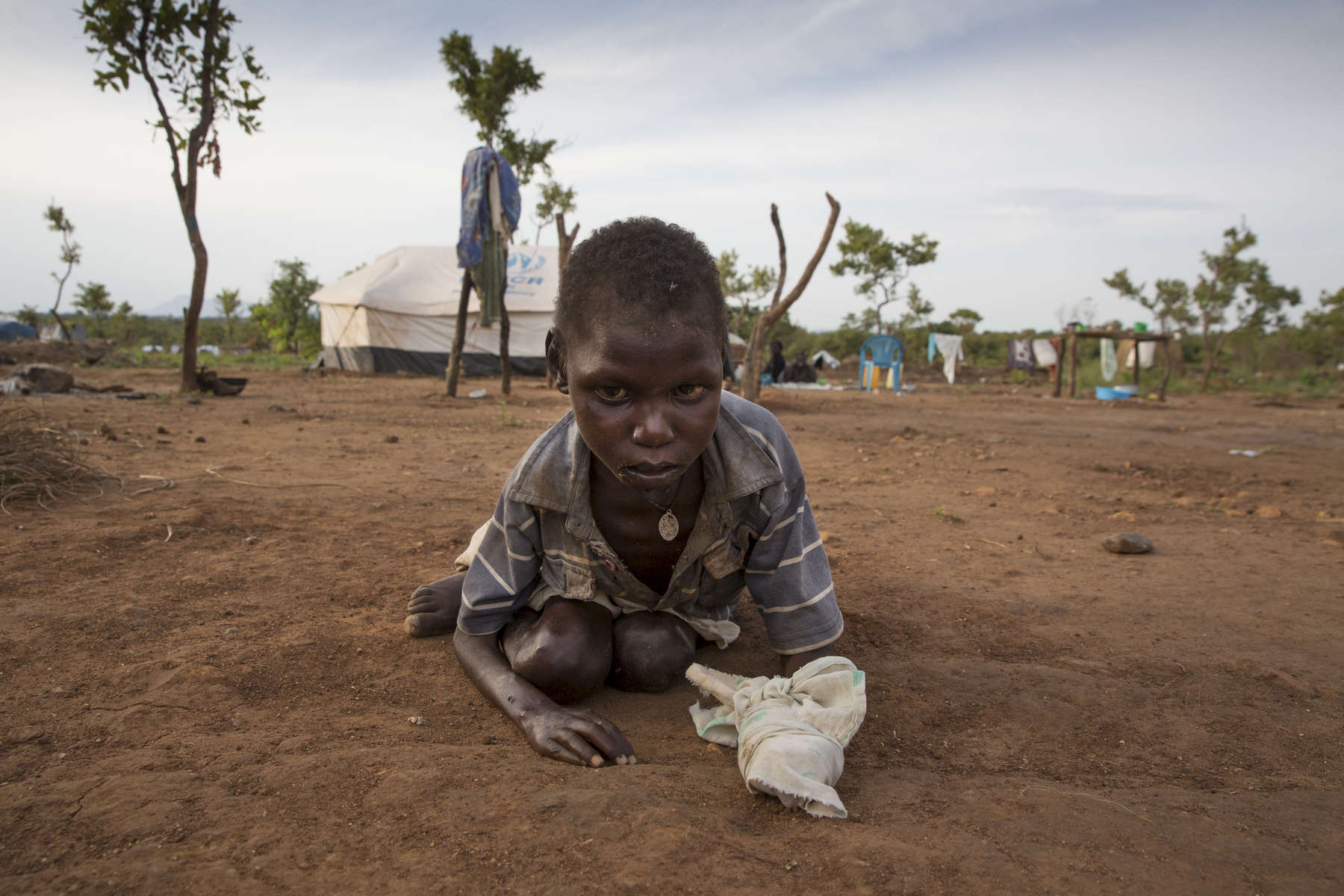 ADJUMANI DISTRICT-UGANDA: At the Pagarinya refugee camp Jeffrey Michael, a severely disabled boy crawls in the dirt near his tent. For the mentally handicapped living in the refugee camp is a constant struggle to get proper medication, and wheelchair access.