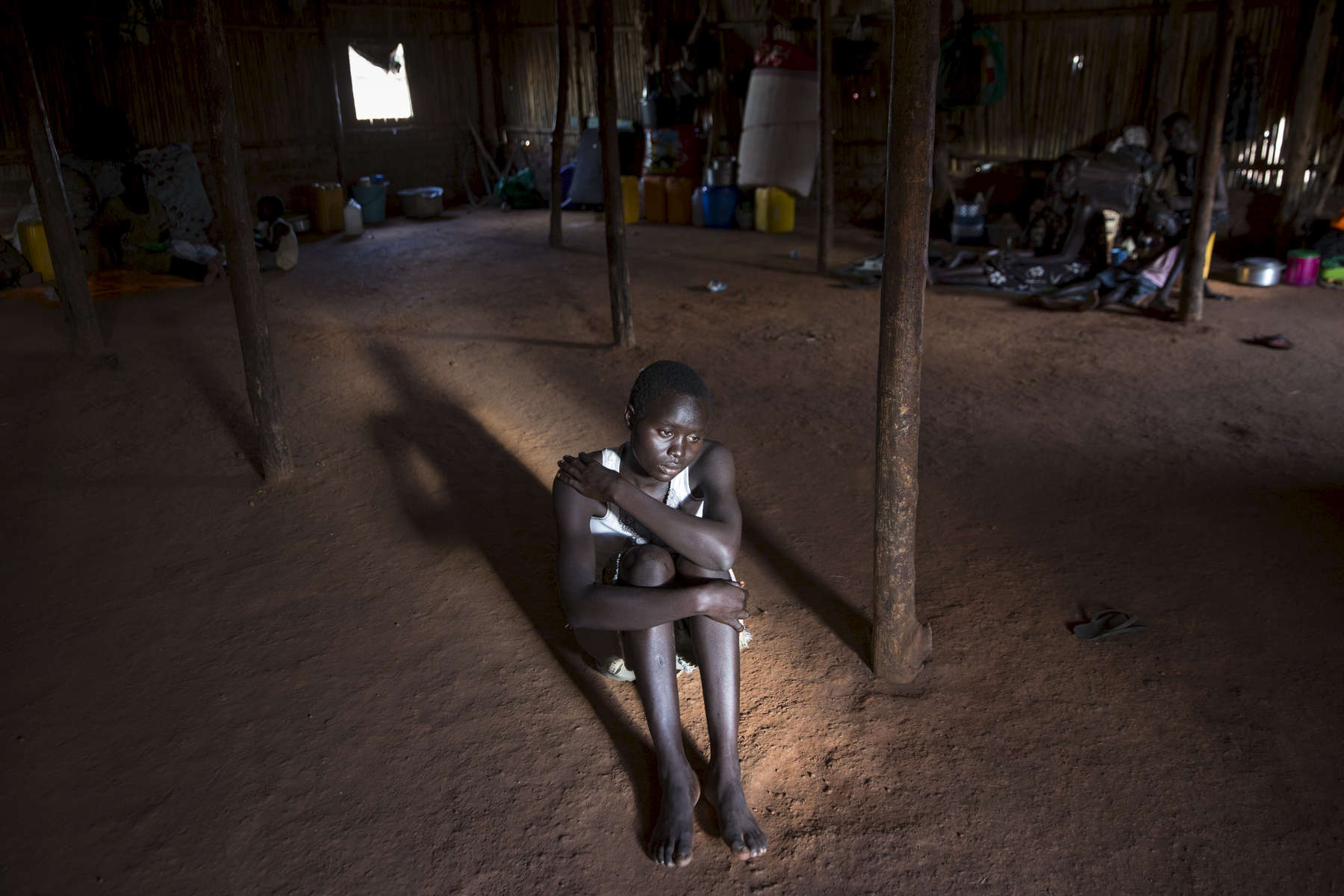 ADJUMANI DISTRICT-UGANDA: At the Nyumanzi transit camp Esther Ababiku, 16, is one of the many girls who lost her parents, forced to flee on her own unaccompanied and vulnerable to sexual attacks. She lives with other teens who are also orphans of the war.