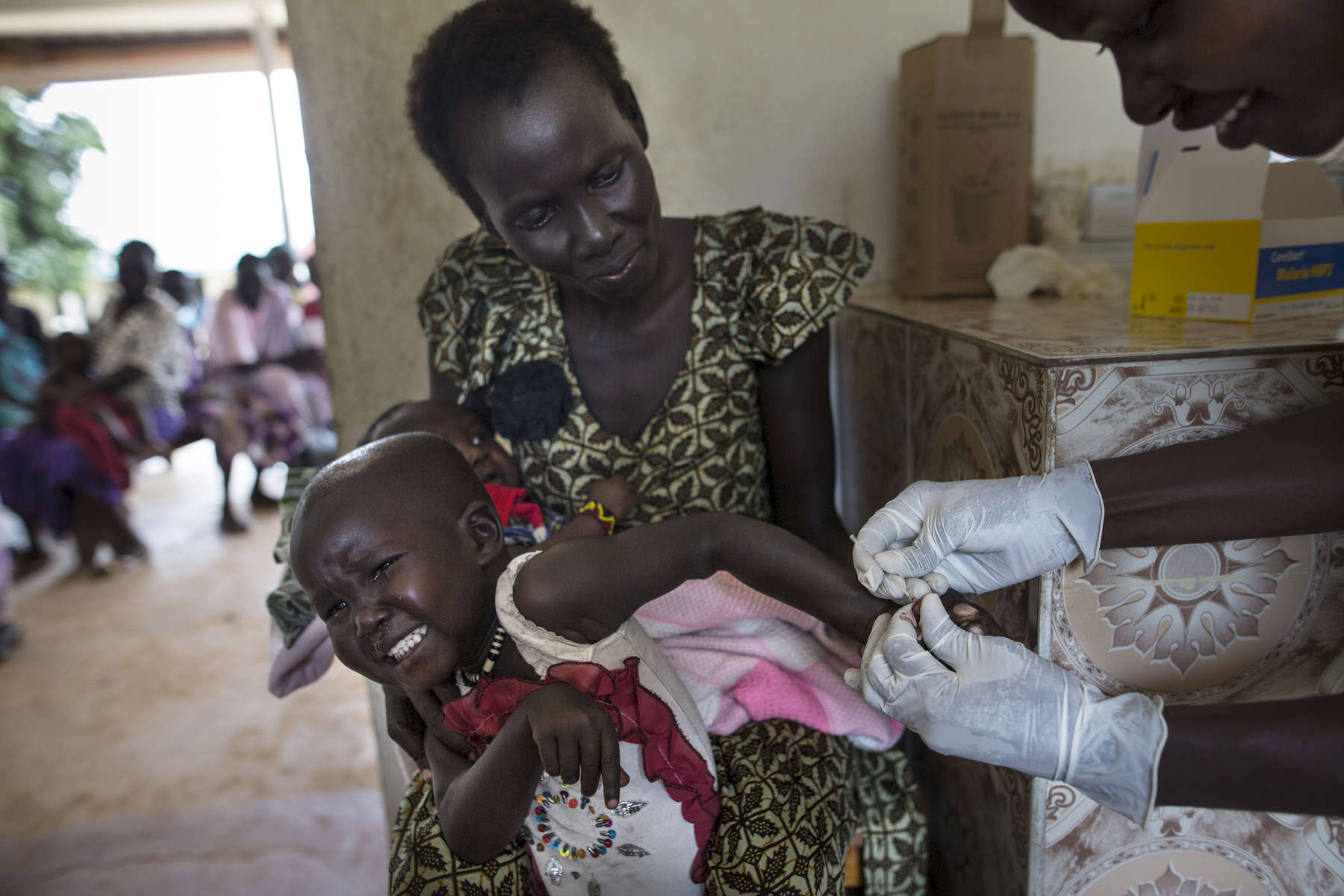 ADJUMANI DISTRICT-UGANDA: At the Nyumanzi camp Medical Teams International health clinic malaria testing is vital as the risk for Sudanese refugees is very high and many come suffering from the disease.