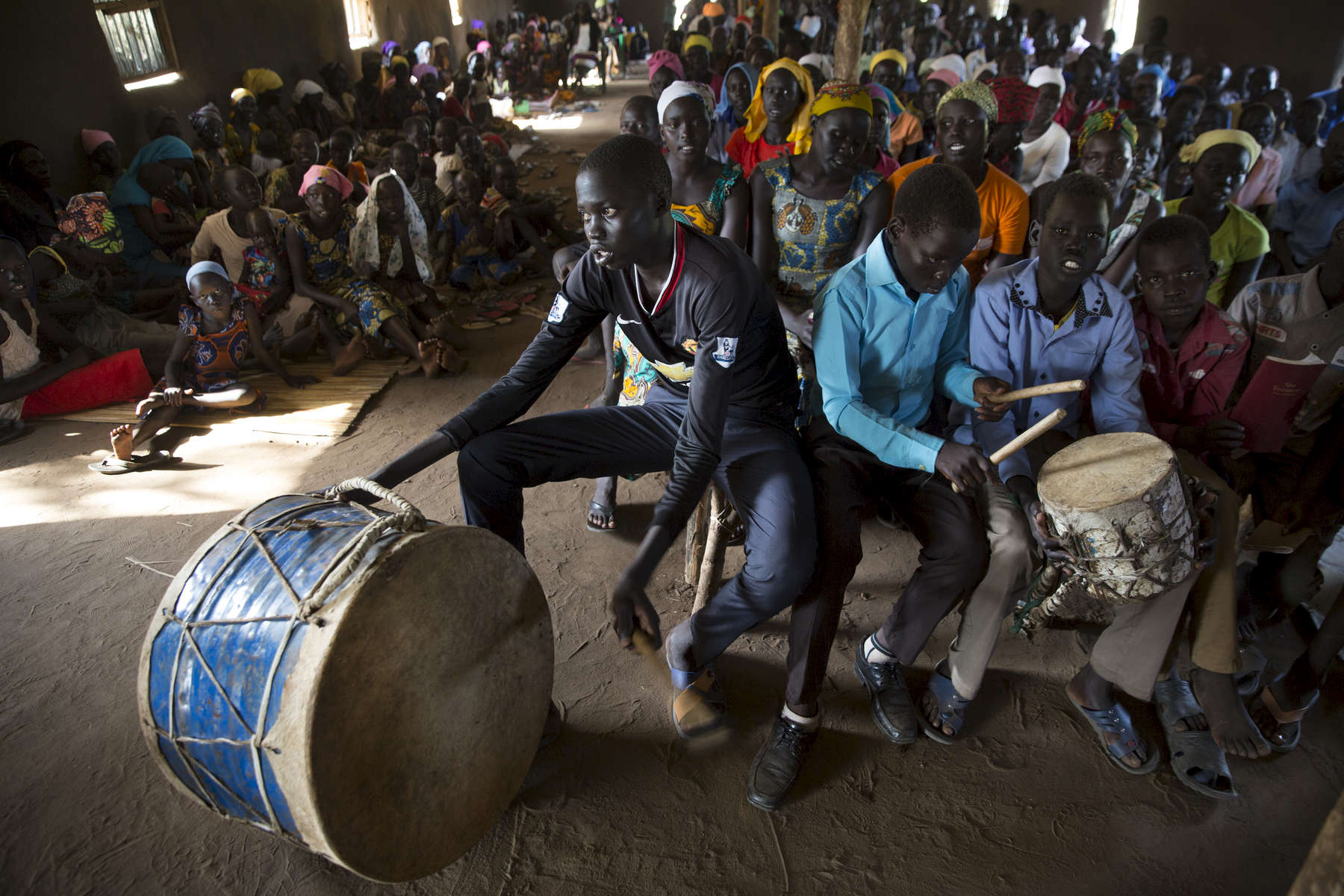 ADJUMANI DISTRICT-UGANDA: During a religious service at the Seventh Day Adventist church music and prayer are the norm amongst the Sudanese who are very religious.