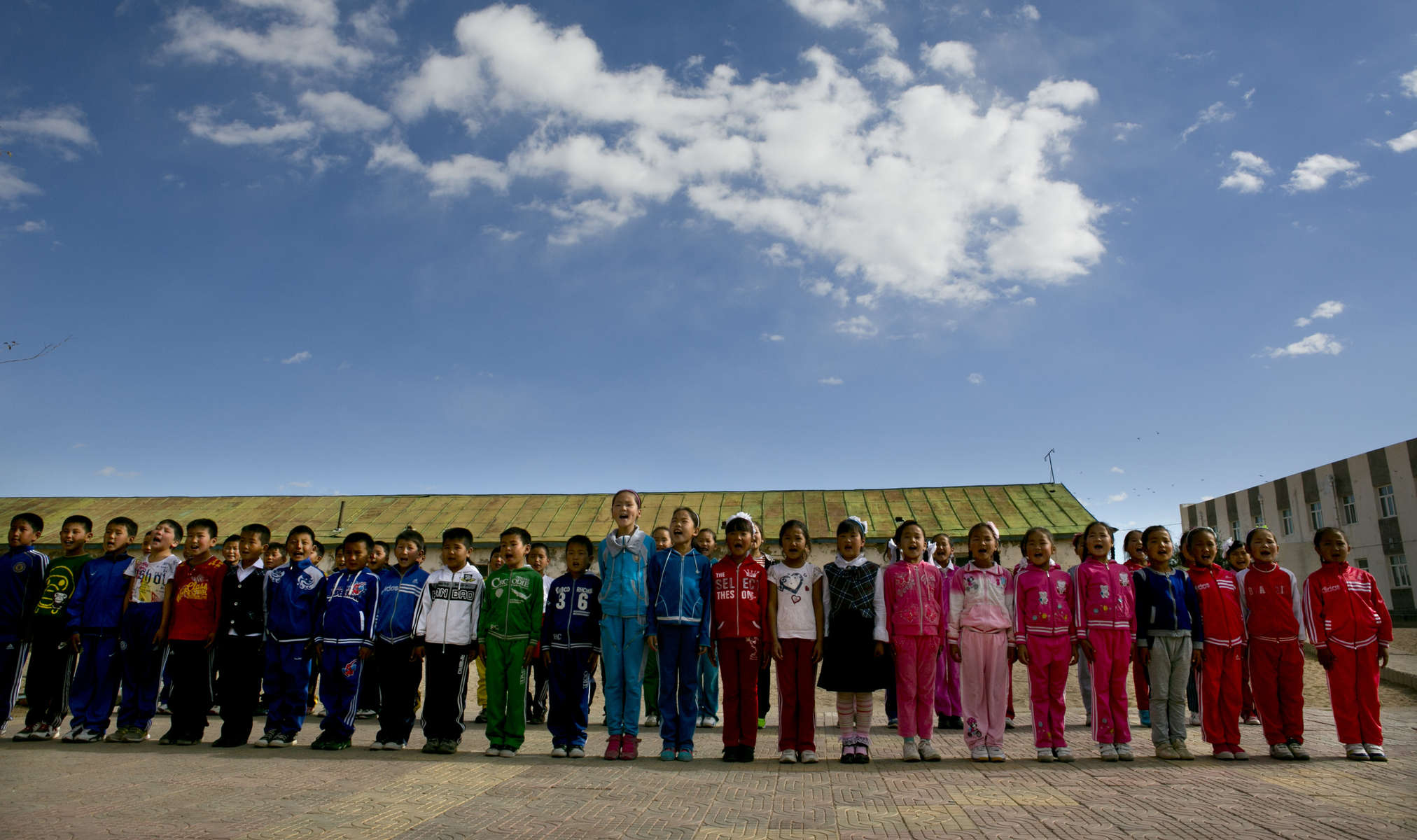 
KHANBOGD-SOUTH GOBI DESERT, MONGOLIA - OCTOBER 13: Students line up during a physical education program at the Khanbogd Secondary school October 13, 2012 in Khanbogd, Mongolia. The population of Khanbogd has doubled in the last few years along with the secondary school adding a new extension to accommodate the growing number of students since Oyu Tolgoi employs most of the people in the town.The Oyu Tolgoi copper and gold mine (translated means Turquiose Hill) is a combined open pit and underground mining project. While the construction continues open pit mining is currently underway with full production expected later in 2012. When the mine starts full operation the country will be set to become one of the world's top copper and gold producers with estimates of 450,000 tons of copper and 330,000 ounces of gold. Financing for the project has come in part from the Rio Tinto Group and an investment agreement between Ivanhoe Mines and the government of Mongolia. Mongolia’s largest foreign investment project to date which is projected to add one-third of future value to the country’s GDP. Many estimate Mongolia to be the world's fastest growing economy with an estimated $1.3 trillion in untapped mineral resources. (Photo by Paula Bronstein/Getty Images)