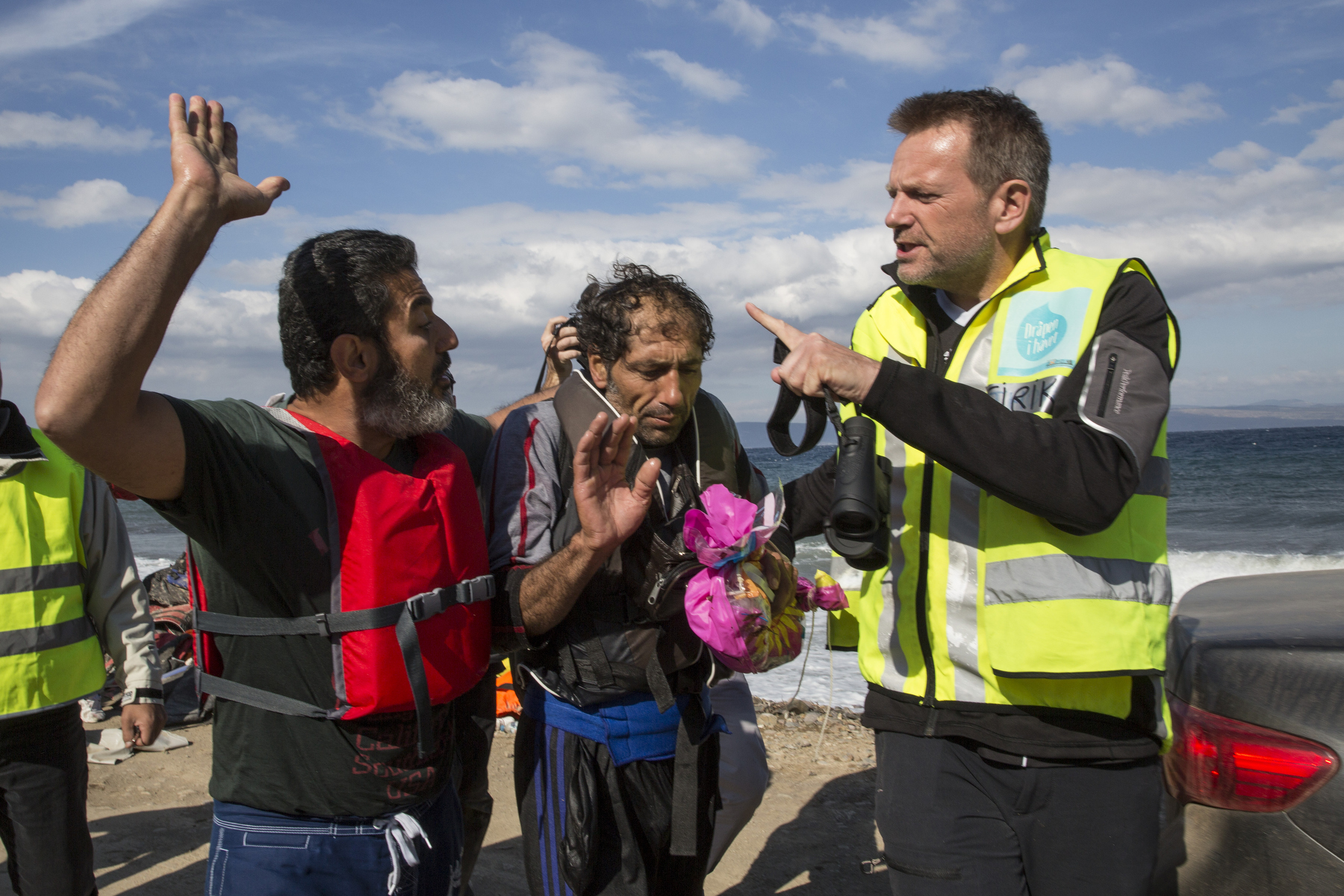 LESBOS, GREECE - OCTOBER 31: A Turkish smuggler is caught after he came too close to Greek shores and was detained by locals who wanted to beat him and eventually handed him over to police. According to the IOM, an estimated 100,000 people landed in Greece, an average of almost 4,500 per day in late October and November. Nearly all of those entering Greece on a boat from Turkey are from the war zones of Syria, Iraq and Afghanistan. (Photo by Paula Bronstein)