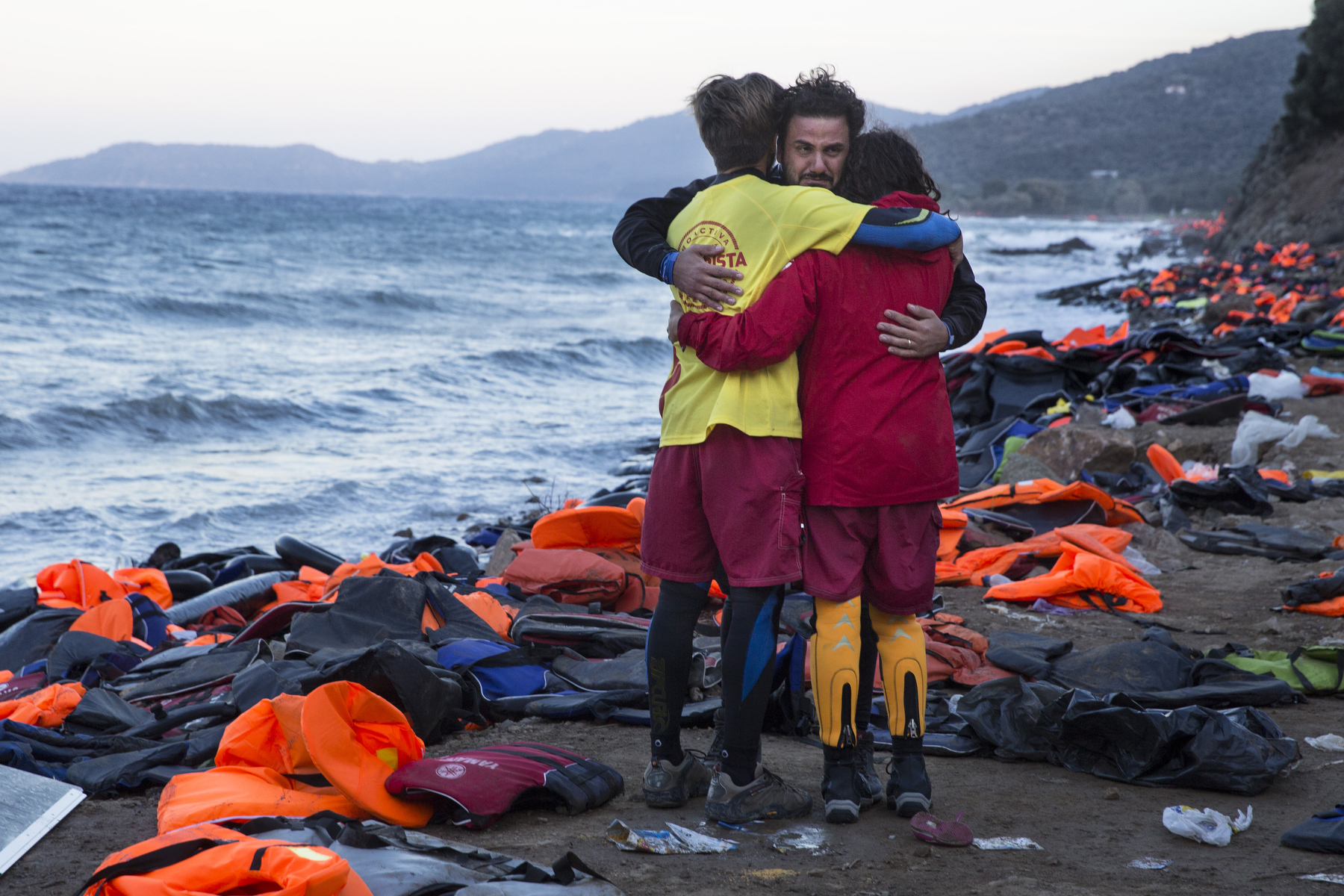 LESBOS, GREECE - OCTOBER 30: Israeli Doctor Essam Daod ( center) cries getting comforted by Proactiva lifeguards from Spainon Lesbos, Greece on October 30, 2015. The emergency team made a huge effort trying to save the refugee who later died after being rescued from the open waters of the Aegean sea. The man died despite the efforts of the lifeguards and medical personnel to revive him. Dozens of rafts and boats are still making the journey daily over 590,000 people have crossed into the gateway of Europe. Nearly all of those are from the war zones of Syria, Iraq and Afghanistan. (Photo by Paula Bronstein)