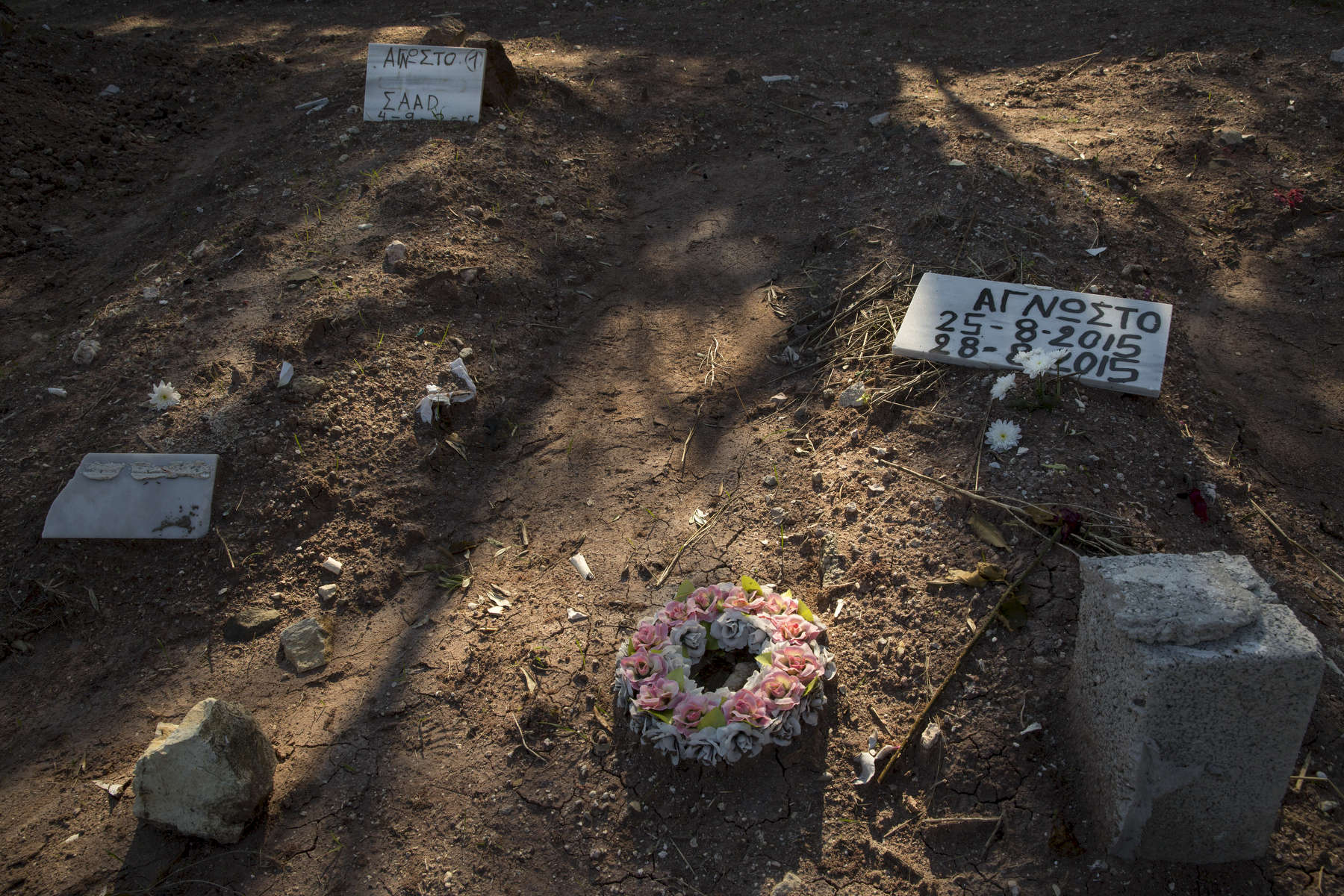 LESBOS, GREECE - NOVEMBER 11: A few unmarked graves are seen at the cemetery in Mytillini, Lesbos where a small area has been devoted to the refugees who have died. Space already has run out and the island is frustrated with the problem of where to bury dozens of bodies that are in a refrigerated container. Colder weather and rough seas continue to cause deaths at sea as thousands travel in overcrowded small rafts. According to the IOM, an estimated 100,000 people landed in Greece, an average of almost 4,500 per day in late October and November. Nearly all of those entering Greece on a boat from Turkey are from the war zones of Syria, Iraq and Afghanistan. (Photo by Paula Bronstein)