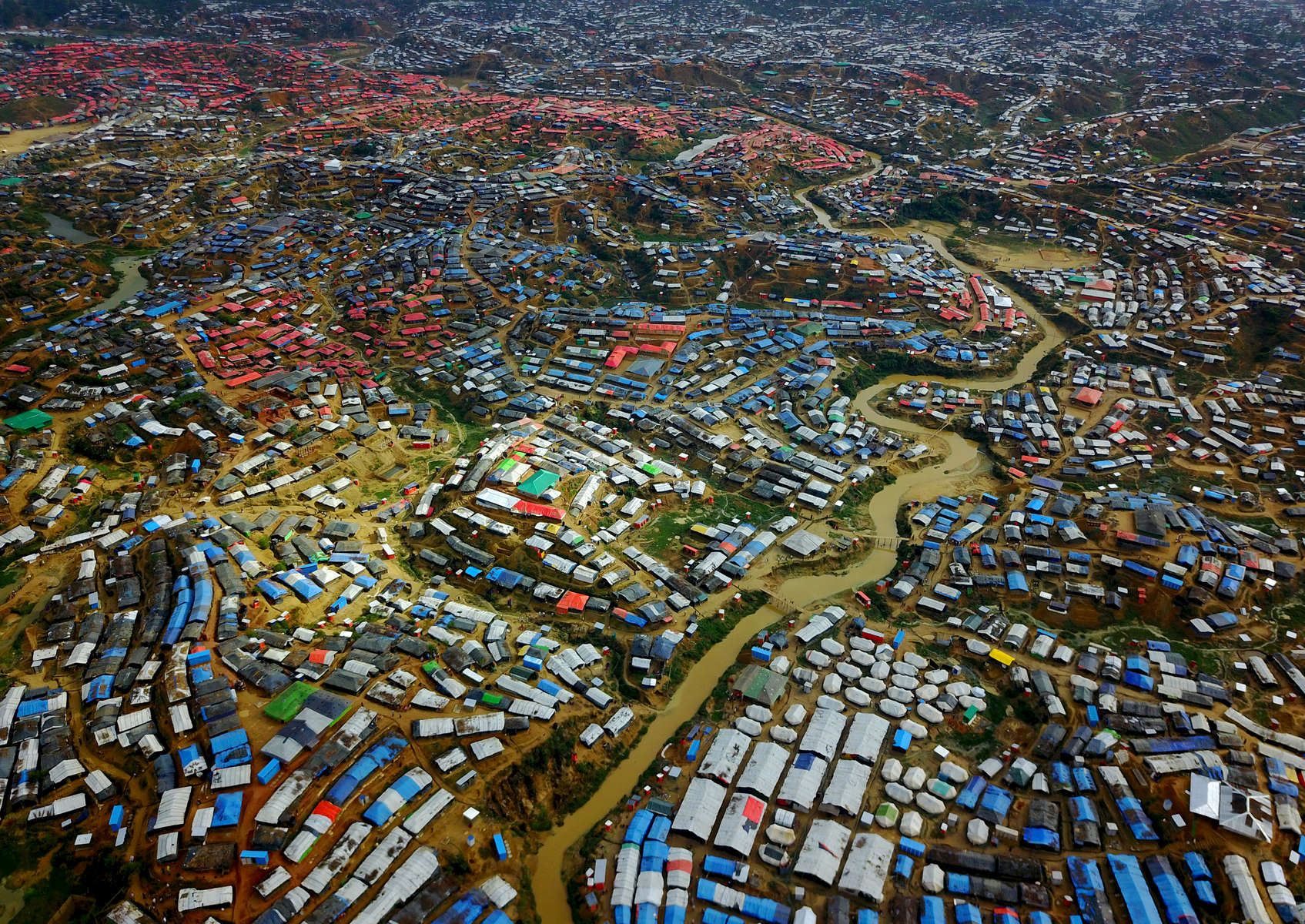 
A drone shot of the largest refugee camp housing the Rohingya, Kutupalong camp.

For years Buddhist majority Myanmar has struggled to deal with a deeply rooted hatred towards the Rohingya in western Rakhine state. The Muslim ethnic minority were always considered illegal immigrants from Bangladesh and denied the rights of citizenship. According to Human Rights Watch, the 1982 laws "effectively deny to the Rohingya the possibility of acquiring a nationality ”. Myanmar’s government also enforced severe restrictions on freedom of movement, state education and civil service jobs and health care. The Rohingya maintain they are indigenous to western Myanmar with a heritage of over a millennium and influence from the Arabs, Mughals and Portuguese. The refugee emergency unfolded in late August after an attack on state security forces by Rohingya insurgents, triggering a brutal military crackdown that has forced more than half of the country’s 1.1 million population fleeing to neighboring Bangladesh creating the fastest cross-border exodus ever witnessed with over 630,000 new arrivals.