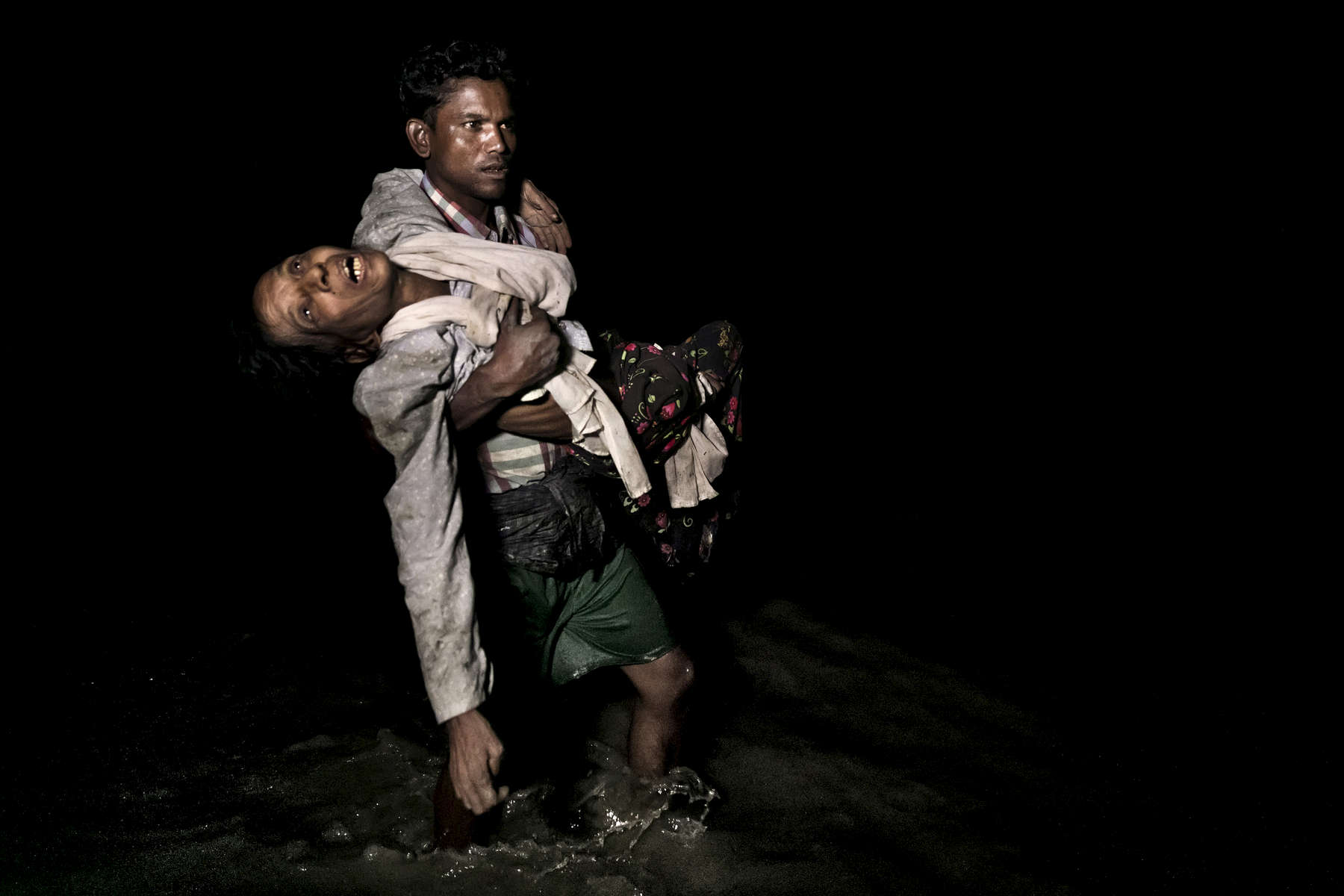 SHAH PORIR DWIP, BANGLADESH - SEPTEMBER 27: Sona Banu gets carried by Nobi Hossain through the shores of the Naf river as hundreds of Rohingya arrive by boats in the safety of darkness September 27, on Shah Porir Dwip island, Cox's Bazar, Bangladesh. Over 655,000 Rohingya refugees have fled into Bangladesh since late August during the outbreak of violence in Rakhine state.The refugee emergency unfolded in late August after an attack on state security forces by Rohingya insurgents, triggering a brutal military crackdown that has forced more than half of the country’s 1.1 million population fleeing to neighboring Bangladesh creating the fastest cross-border exodus ever witnessed with over 630,000 new arrivals. Thousands of children who are traveling alone are at serious risk of trafficking and exploitation. Many traumatized refugees arrived telling stories of horror alleging rape, killings and the burning of hundreds of villages, which have been well documented by the media, along with the U.N and various human rights groups.