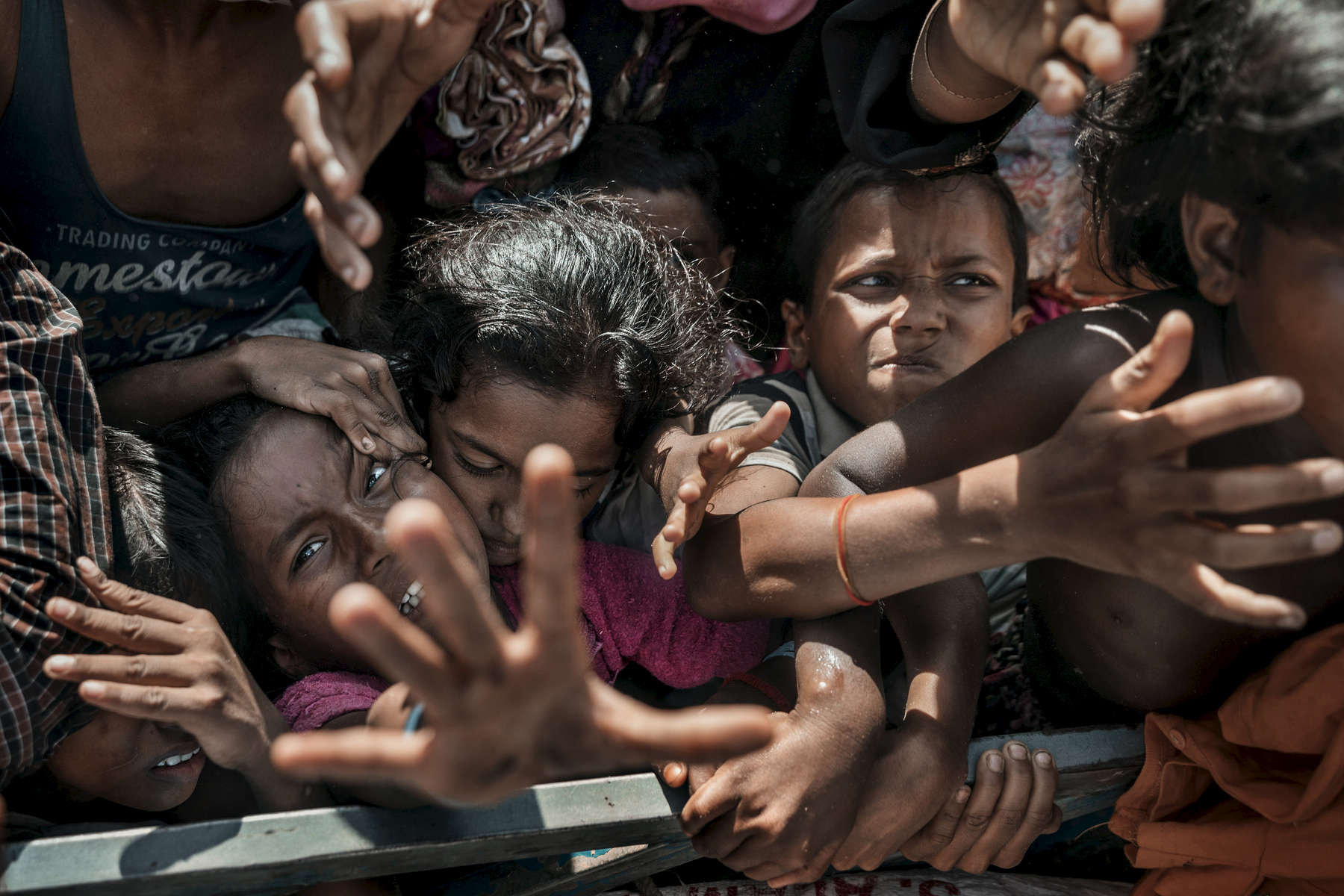 
TANKHALI, BANGLADESH- SEPTEMBER 15 Desperate Rohingya grab for aid handouts of clothing and food on September 15 in Tankhali, Bangladesh. Nearly 655,000 Rohingya refugees have fled into Bangladesh since late August during the outbreak of violence in the Rakhine state as recent satellite images released by Amnesty International provided evidence that security forces were trying to push the minority Muslim group out of the country.