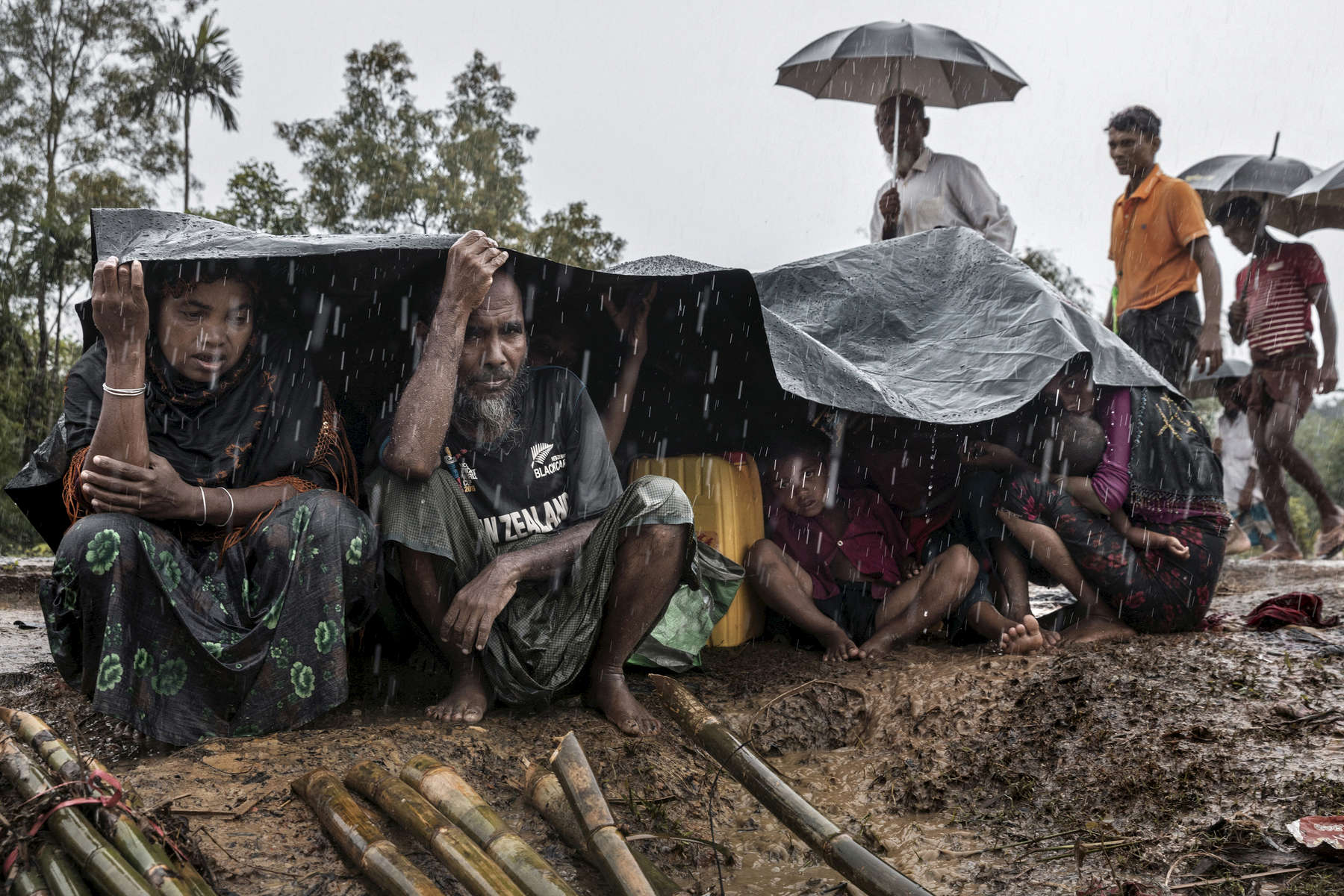 
KUTUPALONG, BANGLADESH- SEPTEMBER 17 Mohammed Nazir hides under a plastic tarp from the monsoon rains that are making life miserable for the displaced Rohingya September 17 in Kutupalong, Cox's Bazar, Bangladesh. The family of four is still waiting for a tent. The refugee emergency unfolded in late August after an attack on state security forces by Rohingya insurgents, triggering a brutal military crackdown that has forced more than half of the country’s 1.1 million population fleeing to neighboring Bangladesh creating the fastest cross-border exodus ever witnessed with over 655,000 new arrivals.