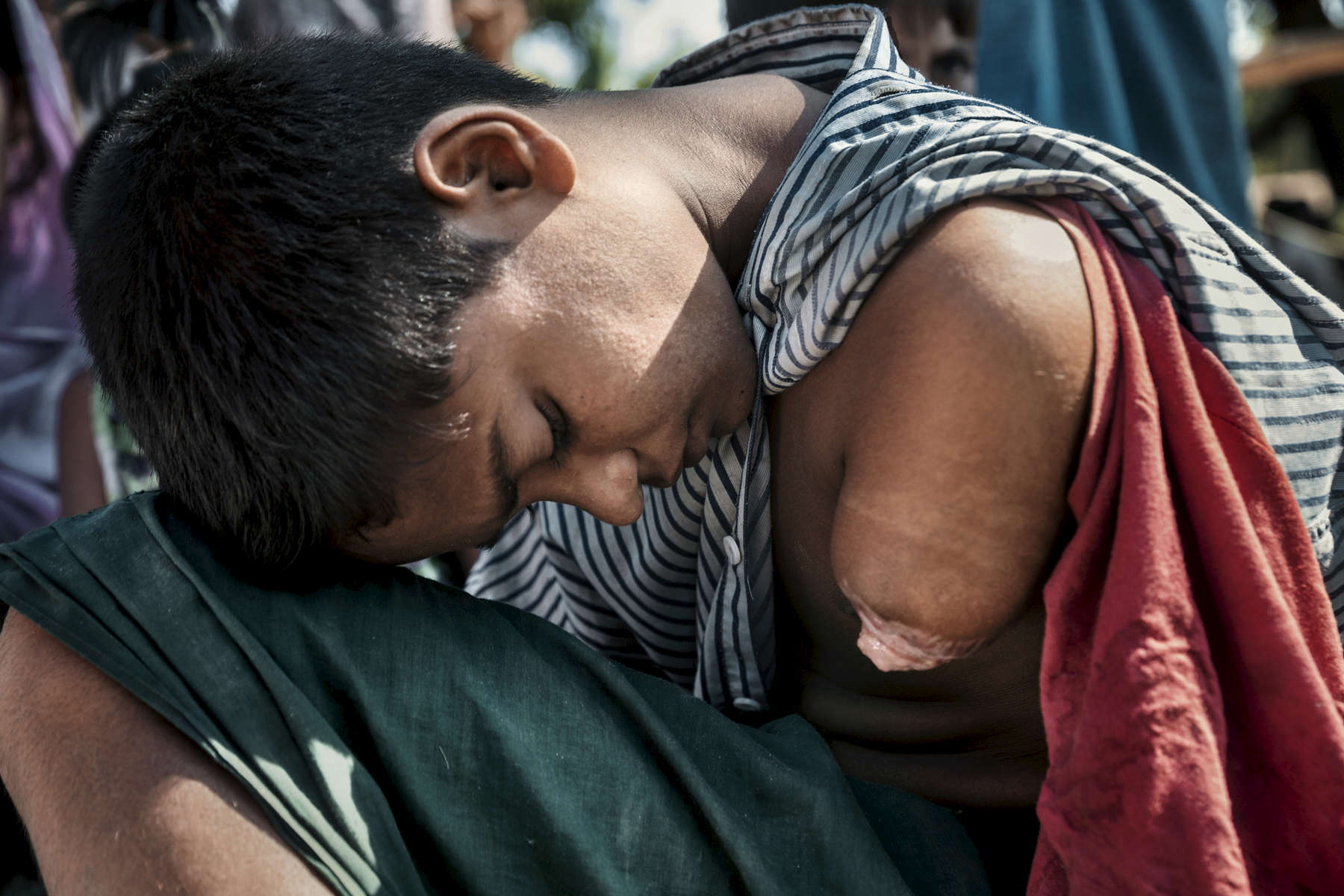 Orphan Mohammad Faisal , age 13, is exhausted after arriving in Bangladesh the night before, rests while he and his siblings wait for transport from the registration center. His story: He fled his village, Gudam Para two months ago when Burmese military attacked and set fire to their home. He was shot in the arm and lost his family during the escape. He was running away alone when he was shot, later the wound became infected and his arm was amputated by his uncle in order to save his life.