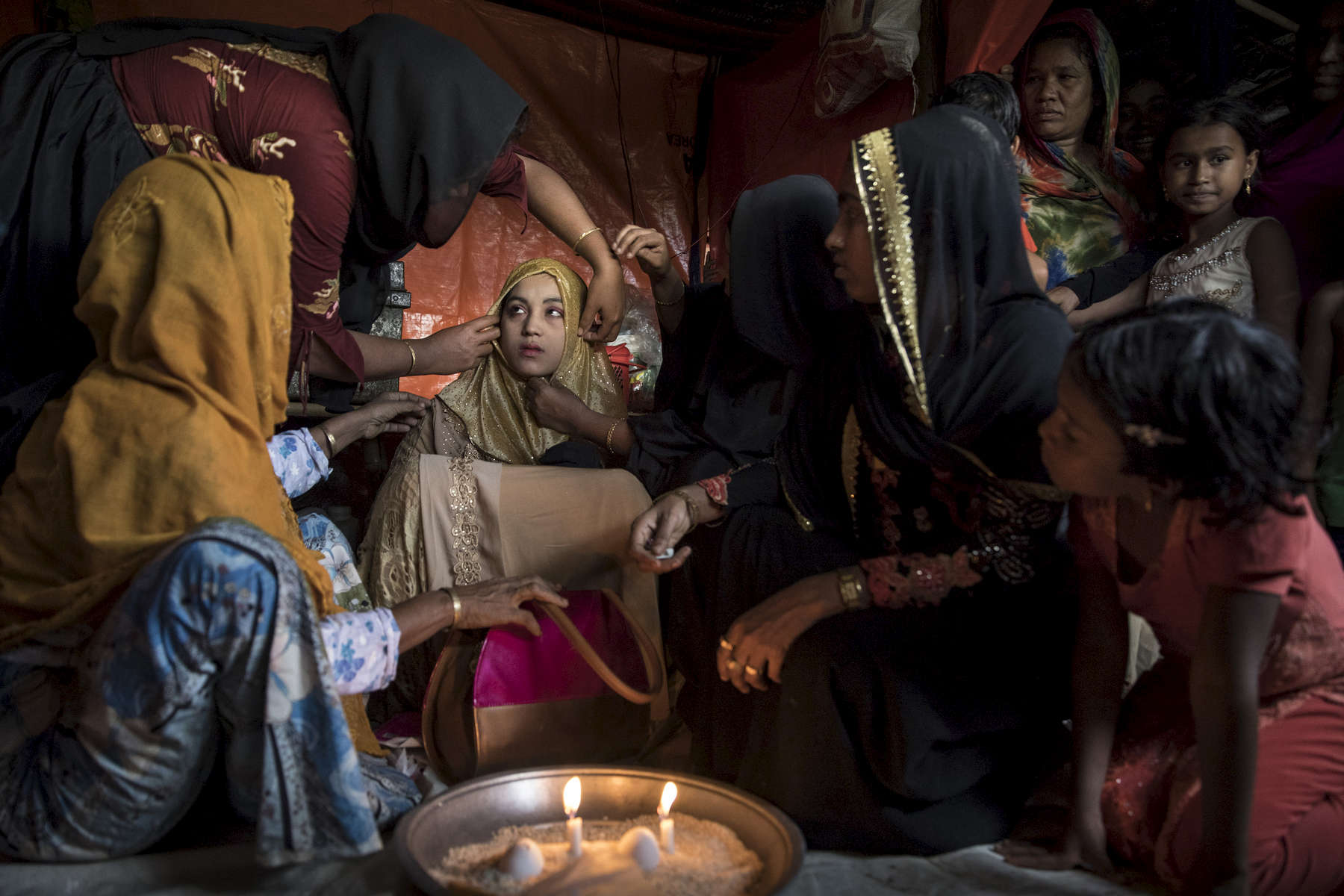 Rohingya Samira Begum, age 17, gets ready for her wedding ceremony to Osmam Gani, age 21 who is from the same village in Maungdaw, Myanmar.

Samira lost her father amid turmoil both of them crossed the border on same day on August 30th hoping to spend the rest of their life together. They now live in separate refugee camps but will soon be living together. It is customary for the bride to be quite emotional and scared on her wedding say as she is leaving her family for the first time for a new life.