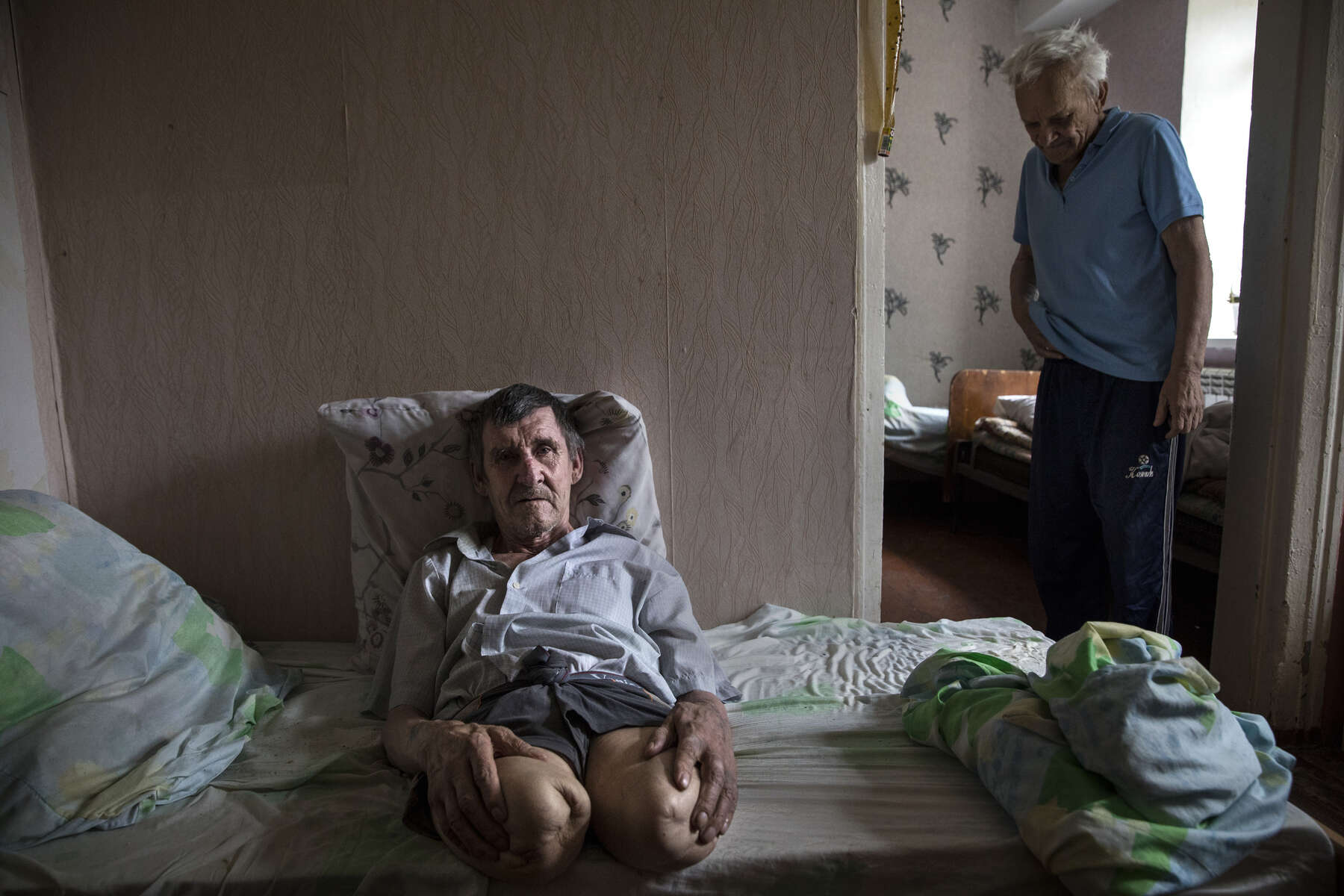 Ivan Ivanovich, age 65, is a double amputee but has no memory of how he lost his legs, he was brought to the Druzhkovka nursing home by healthcare workers. Ivan stated " No legs, No memory - I am not doing well."

He was abandoned by his family, his daughter lives in Russia. He used to work as a coal miner. The nursing home facility takes care of many elderly who are left behind, and poverty stricken due to the war.