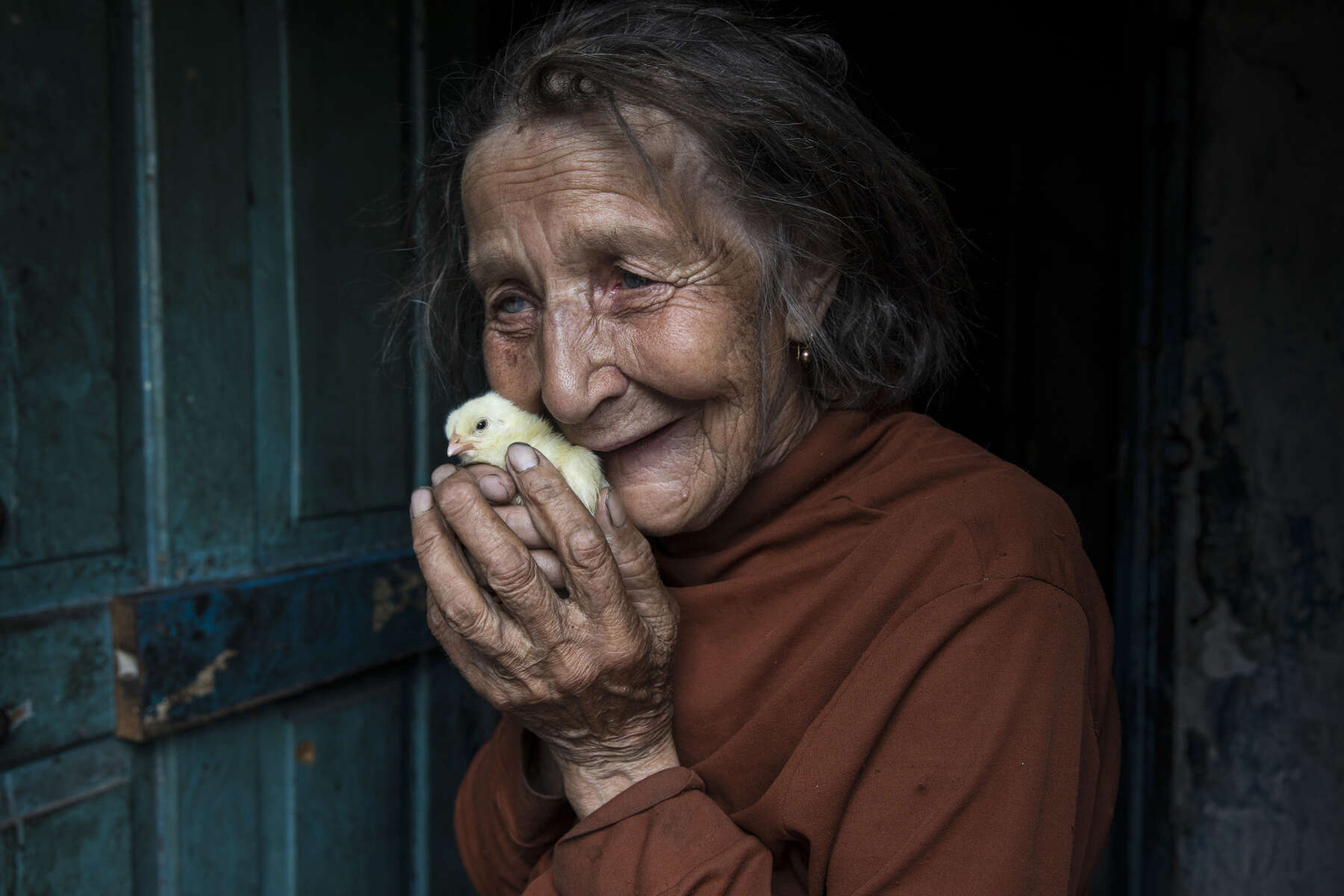 ( Opid-ne ) Opytne, Eastern Ukraine: Mariya was killed at the age of 77, her home caught on fire from an oil lantern, firefighters couldn’t access the home because of the dangers of the front line village, largely controlled by the Ukrainian military. She is seen holding new chicks delivered by ICRC as part of a humanitarian aid service for elderly that live alone. This allows her to raise chickens making a small income. Mariya often speaks with tears in her eyes while talking about the death of her son and her husband. Her son Victor,48, was fatally injured by shelling in 2016 that hit the home. He died in her arms. Her husband, passed away the same year from a heart attack caused by extreme stress of living too close to the front line. She refuses to leave her village because her family are buried near by."I have nowhere to flee, my whole family is buried here." "I got used to the continued shelling." Opytne is a war torn village on the contact line where only 43 people are left due to the dangers.