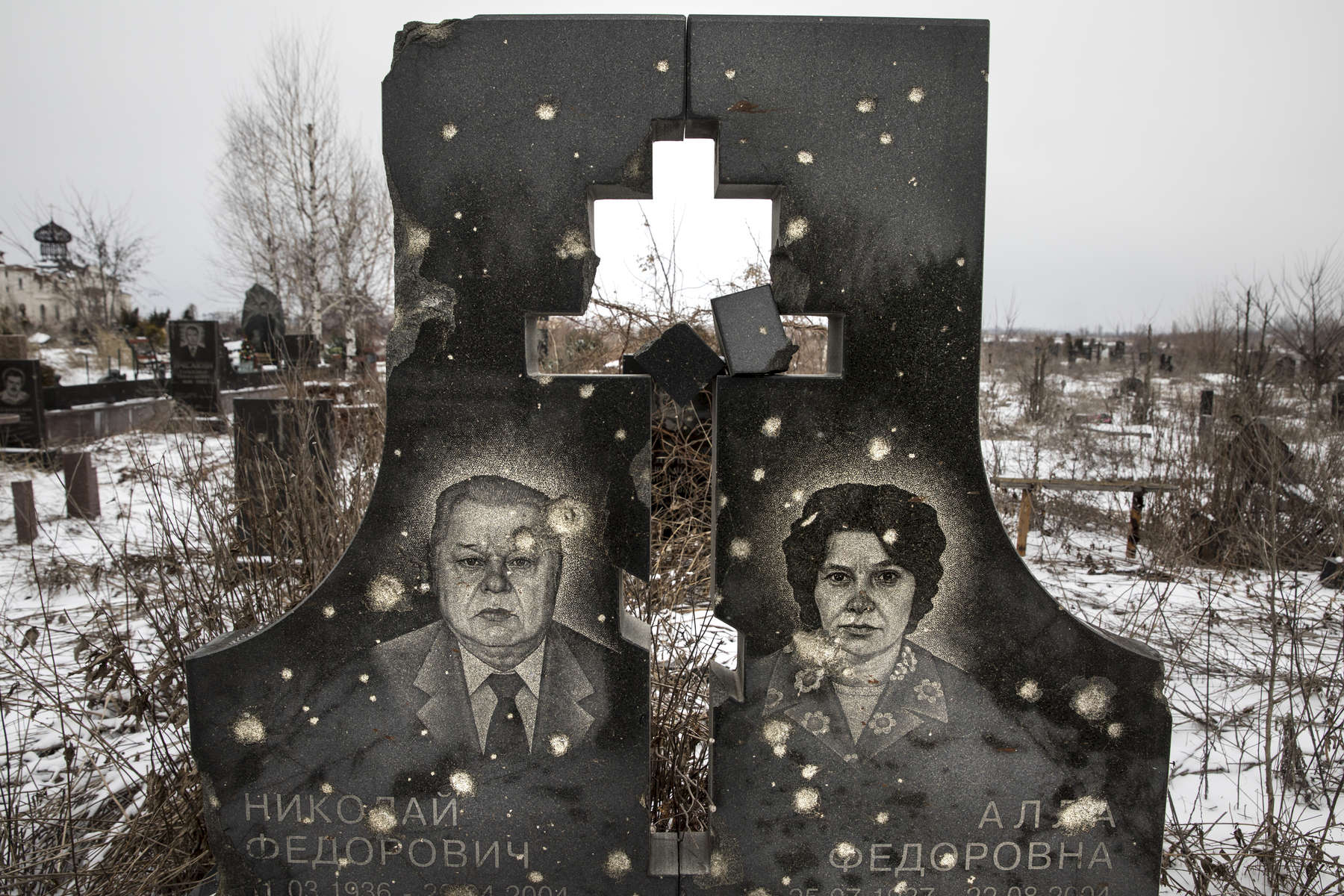 A war-torn cemetery full of tombstones that have been hit by gunfire at the devastated neighborhood near the Donetsk airport.