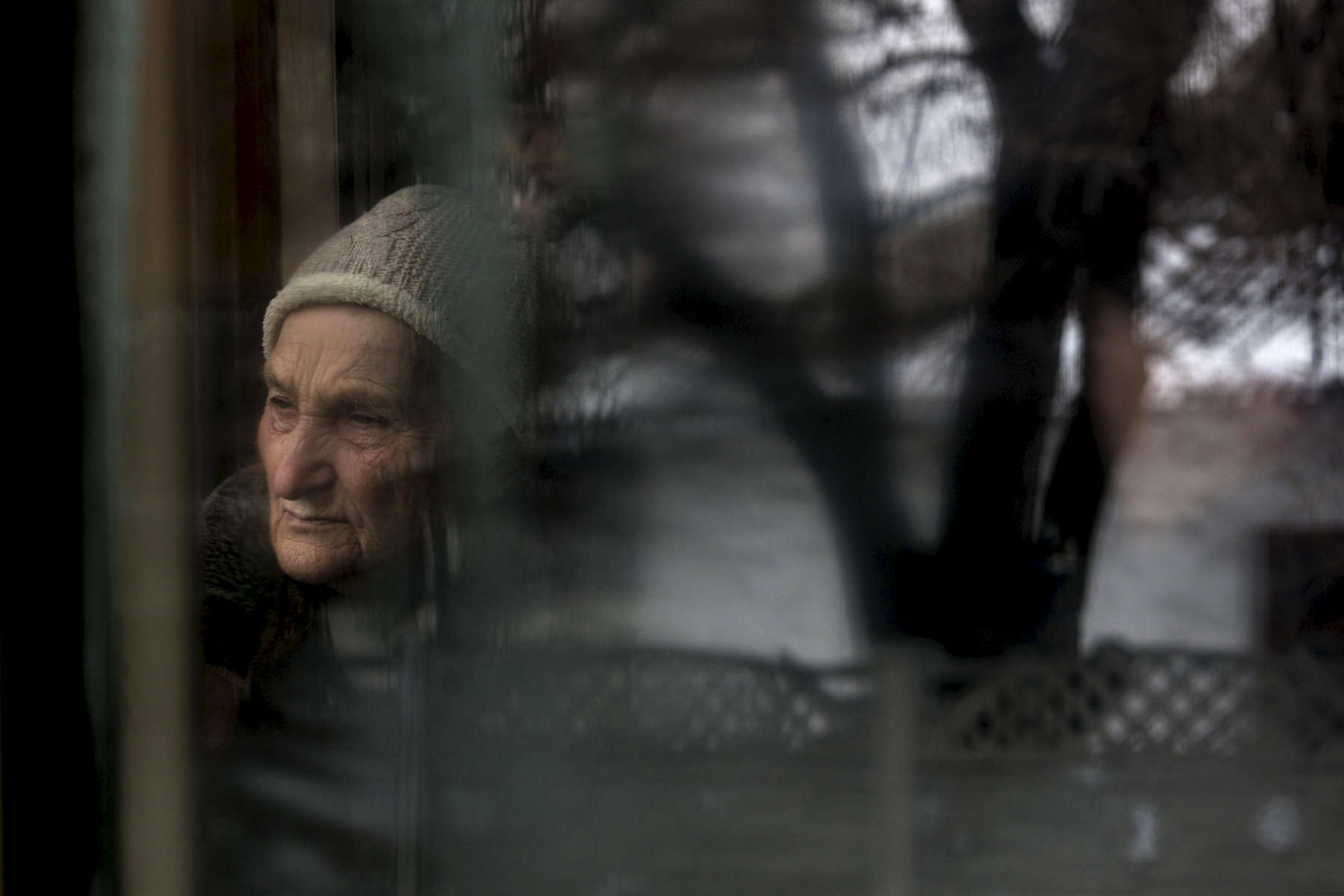 An elderly woman is seen reflected in the window of a streetcar in Donetsk.