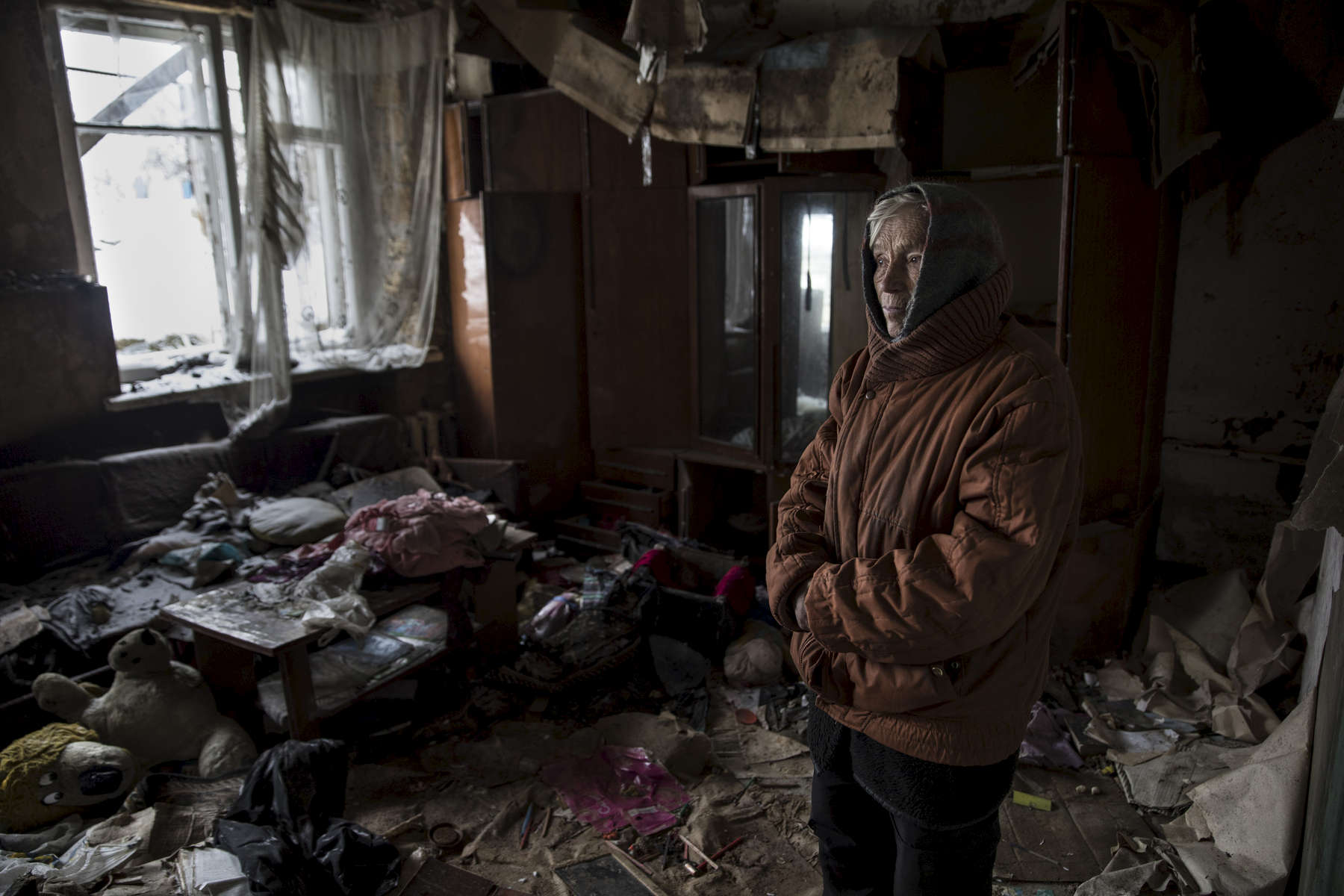 Antonina Kondratiyevna, 77, stands in her neighbor's home, destroyed during heavy battles between Ukrainian army and pro-Russian militia in 2014-2015. She and her elderly sister are among few residents living in the devastated neighborhood near Donetsk airport.