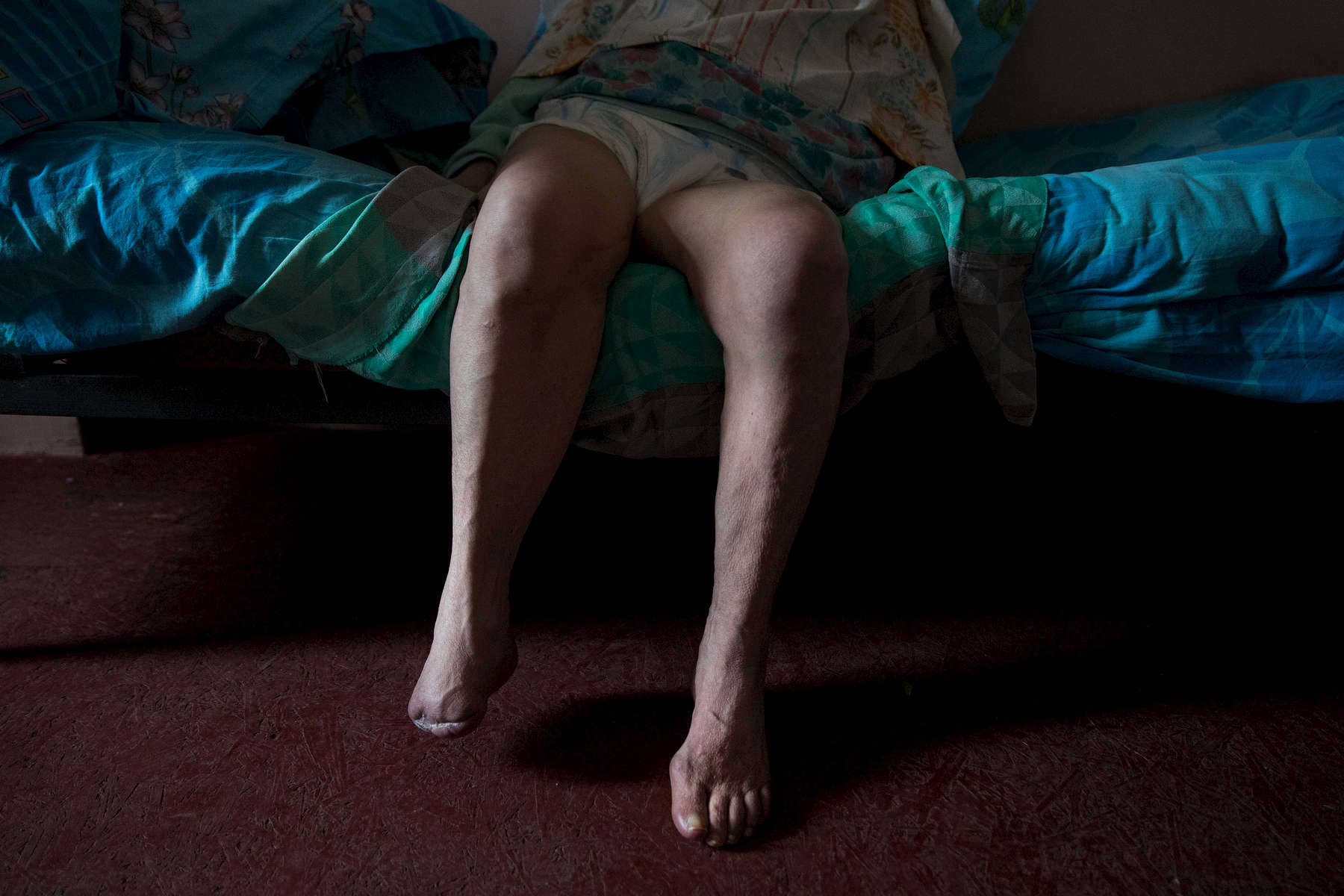 Valentina Streltsova, age 68, lost her toes due to frostbite. She was found by ICRC, abandoned, was dropped off at the Druzhkovka nursing home. The nursing home facility takes care of many elderly who are left behind, and poverty stricken due to the war.