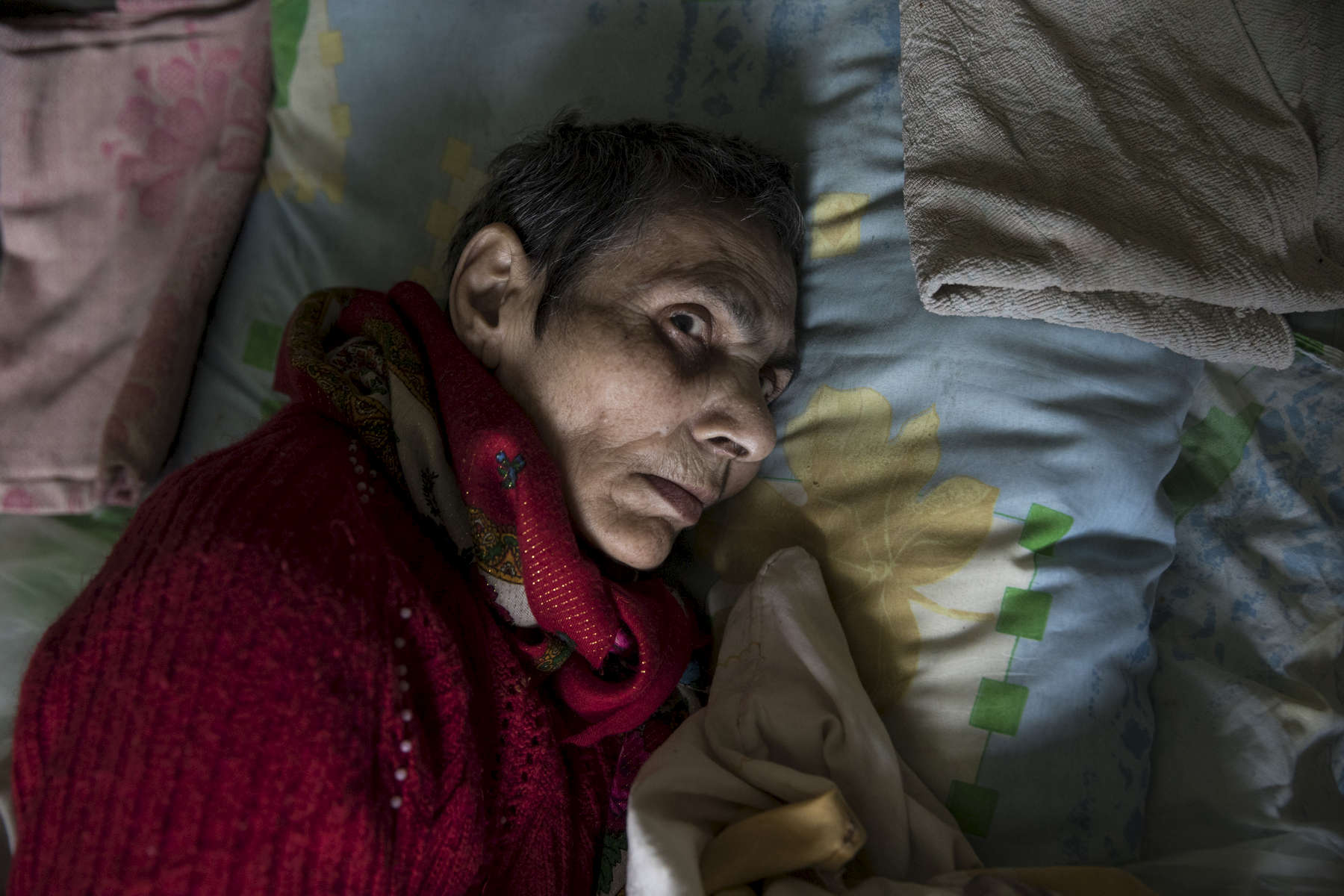 Vera Cherepovskaya, age 65, rests at the Druzhkovka nursing home, has severe dementia, a social worker brought her to the home, she was abandoned by her family who fled the war-torn region.