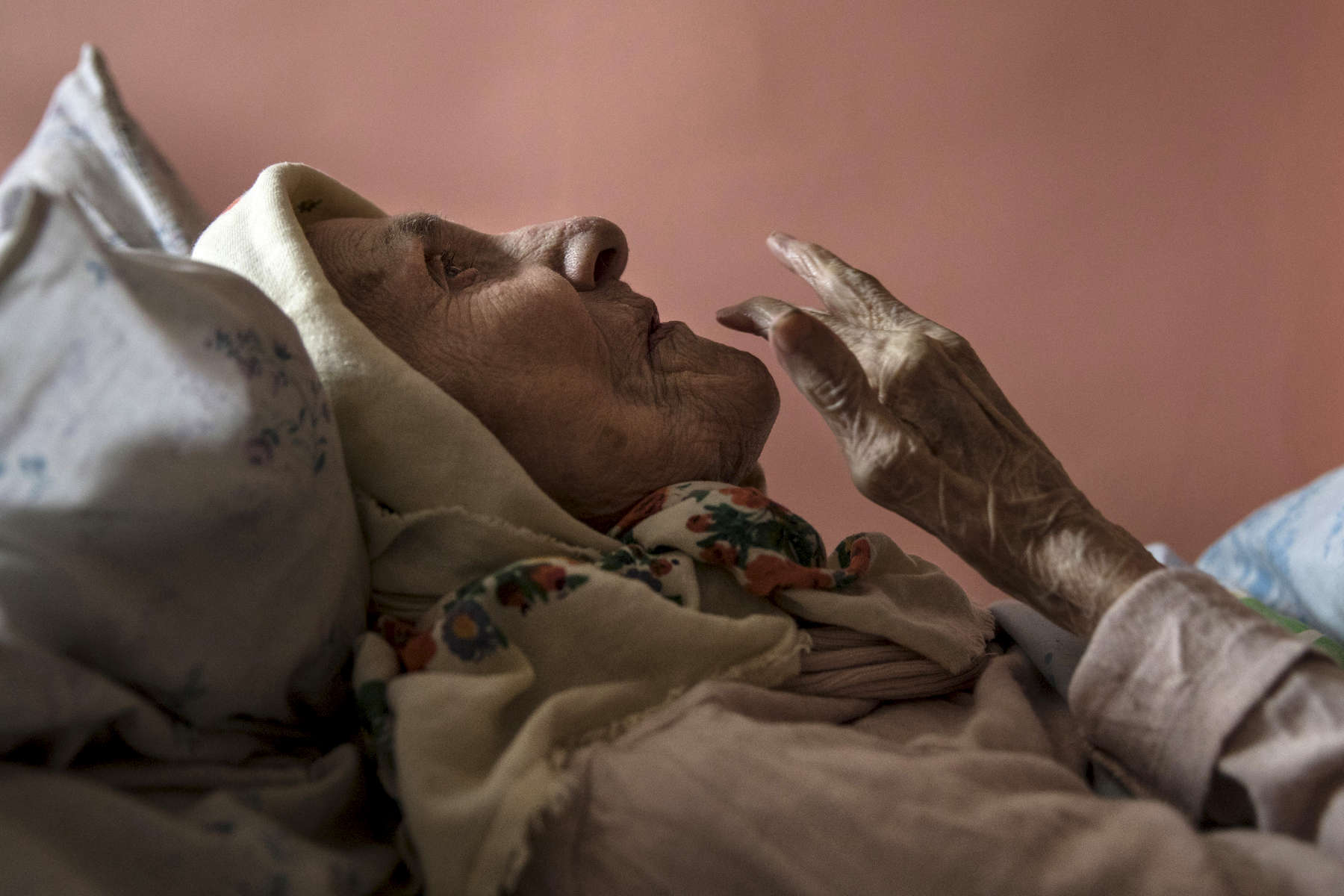 Aleksandra Losipovna, age 91, from Kramatorsk, was brought to the nursing home by her only relative, her grandson, because she lives alone and he is afraid she can harm herself, there has been no medical treatment provided besides painkillers. Aleksandra passed away in the nursing home in May.