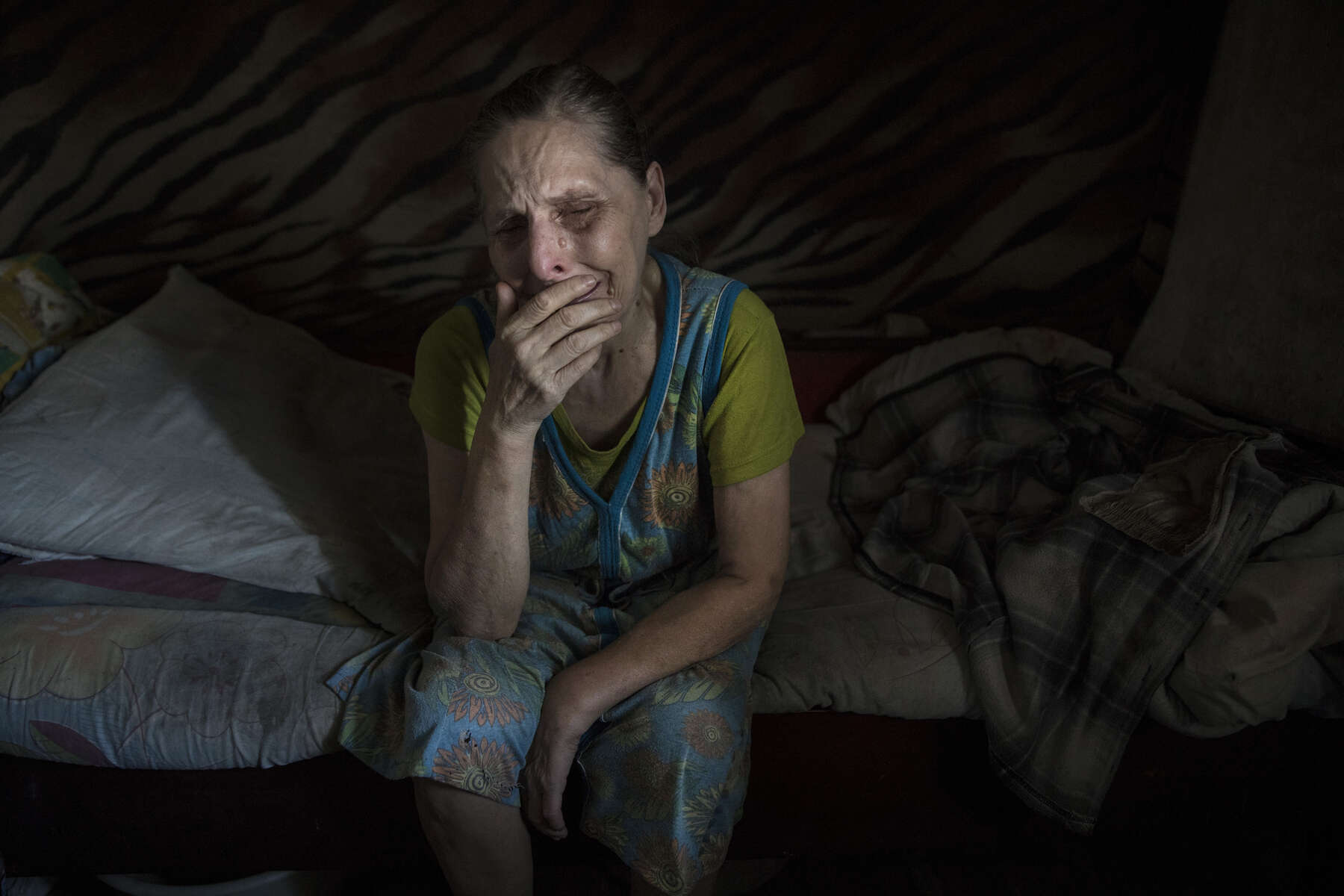 
Avdiivika: Elena Parshyna,age 66, is blind and lives alone,feeling depressed and lonely after her husband had a heart attack in April. She says that she cries often now. Her son also died late in 2017 from the same fate. To make matter worse, Both were buried in a small cemetery that is mined and now too close to the military positions so she never can go visit the graves. The home was shelled last year, still damaged but Elena refuses to leave. Her remaining family - daughter and a sister all live on the other side of the contact line in Makeyevka city controlled by pro-Russian separatists. BANGKOK - MARCH : in Taipei, Taiwan on March 19, 2020. According to CDC current totals the Coronavirus ( COVID-19) has now effected 235,939 globally, killing 9,874. It has spread to 157 countries. (Photo by Paula Bronstein/Getty Images )