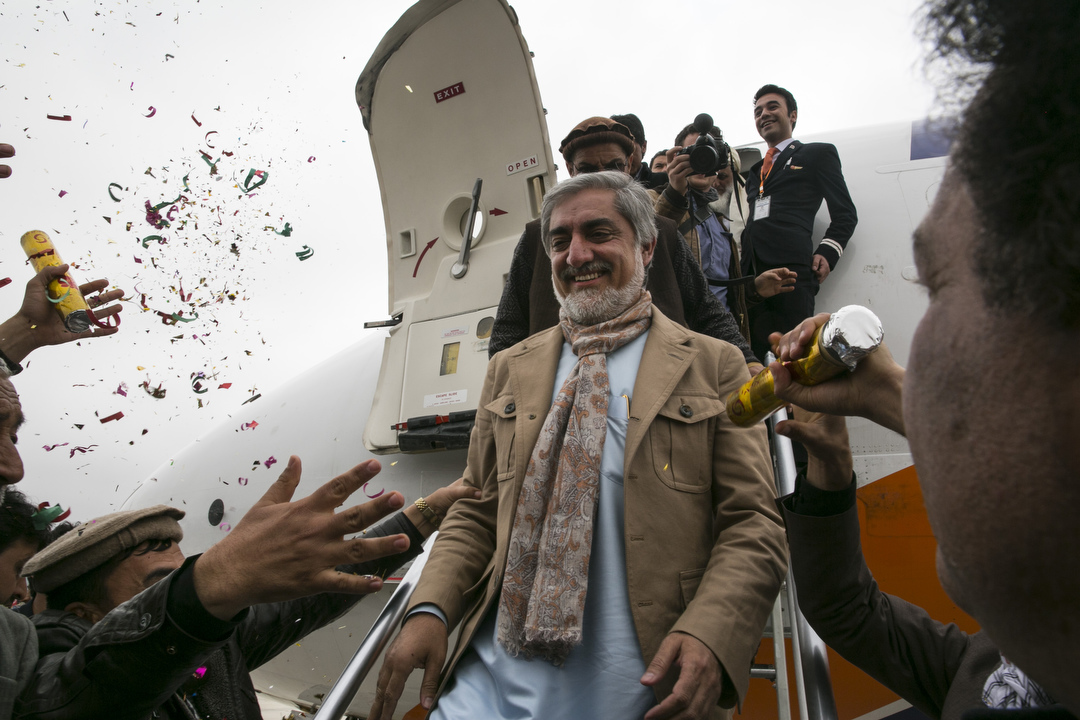 
MAYMANA, AFGHANISTAN -APRIL 2: Presidential candidate Abdullah Abdullah steps off his plane to greet supporters for an campaign rally in Maymana, Faryab province, Afghanistan on April 2, 2014. In Kabul today a suicide bomber wearing a military uniform killed six police officers inside the Interior Ministry compound. This is the latest violence as the Taliban continues to try and disrupt this weekend's presidential election. The election is the third presidential poll since the fall of the Taliban. (Photo by Paula Bronstein/ for the Wall Street Journal)