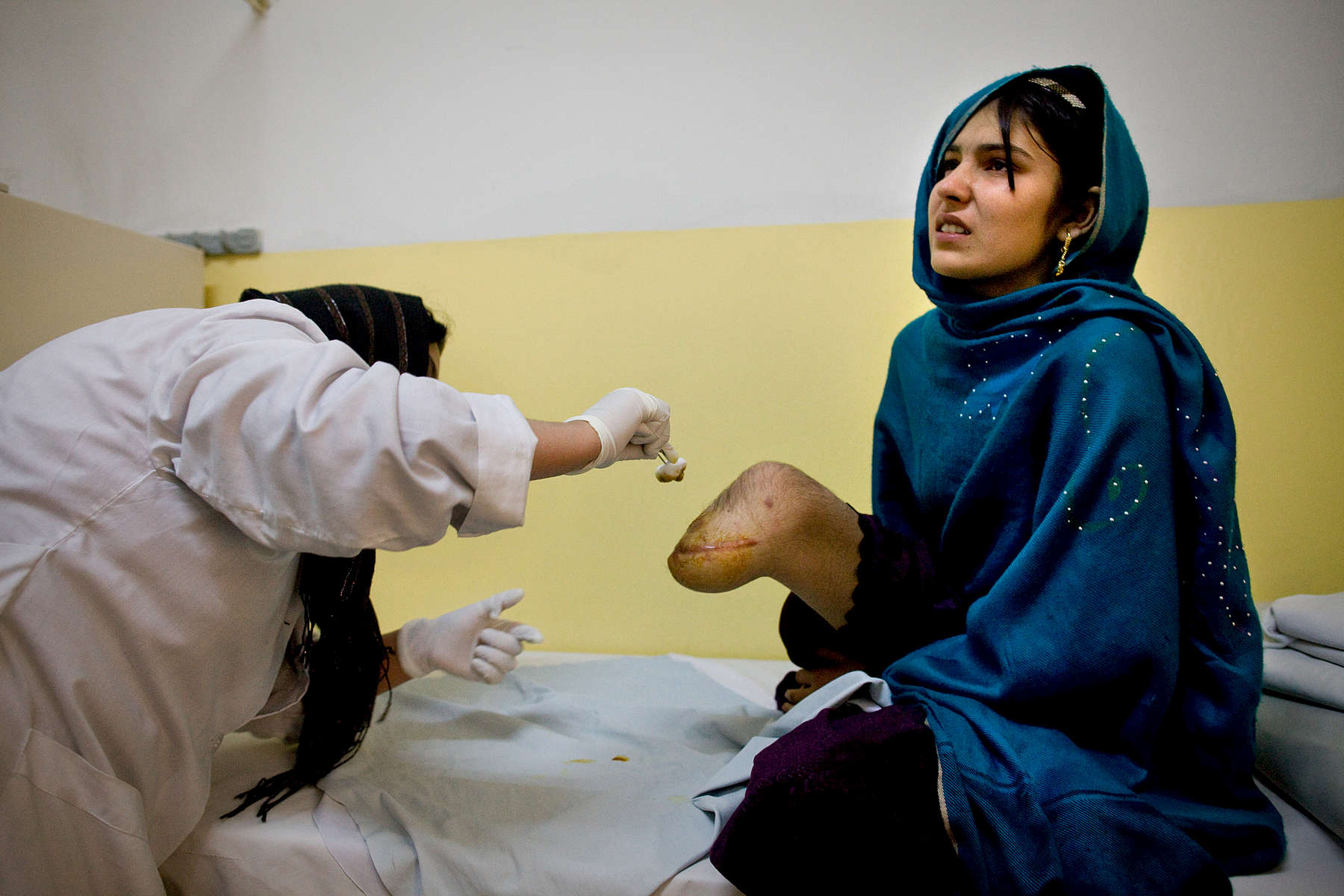 
Bibi Adela, age15, from Khost gets her wound treated on her amputated leg at the International Red Cross Orthopedic (ICRC) rehabilitation center November 23, 2009 Kabul, Afghanistan. Bibi Adela lost her leg below the knee from a rocket attack 5 months ago that killed her sister and brother, injuring her mother as well. A recent U.N. report has described 2009 as the deadliest year in terms of civilian casualties in Afghanistan since the start of the U.S.-led war against Taliban in the country.