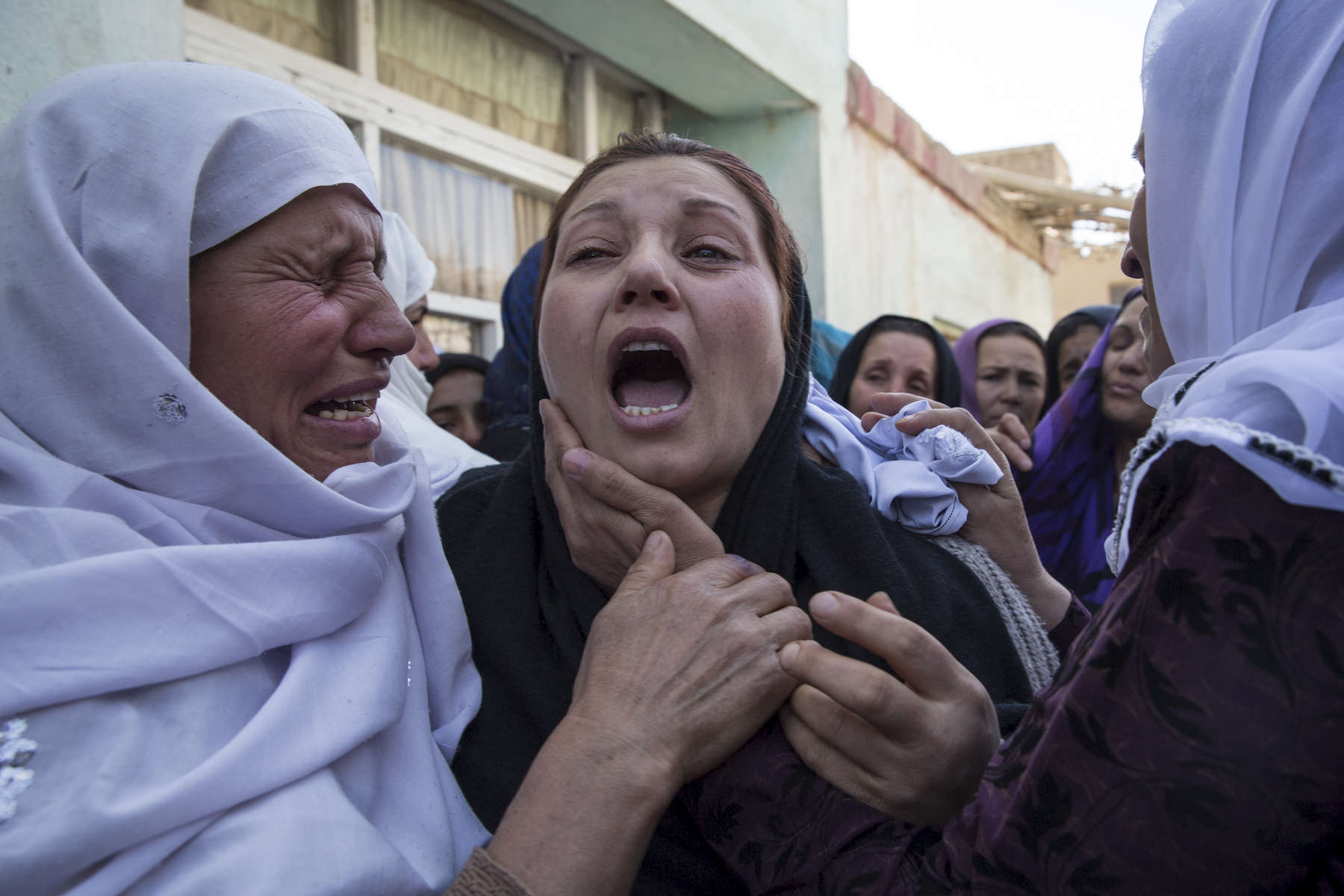 KABUL, AFGHANISTAN - MARCH 22, 2015: Relatives friends and women\'s rights activists grieve at the home of Farkhunda , 27, who was killed by a mob in the center of Kabul and was violently beaten and set on fire onThursday. She was attacked for allegedly burning a copy of the holy Quran which was false. Kabul police have detained nine people related to Farkhnuda’s case. President Ashraf Ghani has appointed a delegation to probe the incident. The Imam of Wazir Akbar Khan Mosque was denied permission to take part at Farkhunda’s funeral following his remarks on her death.