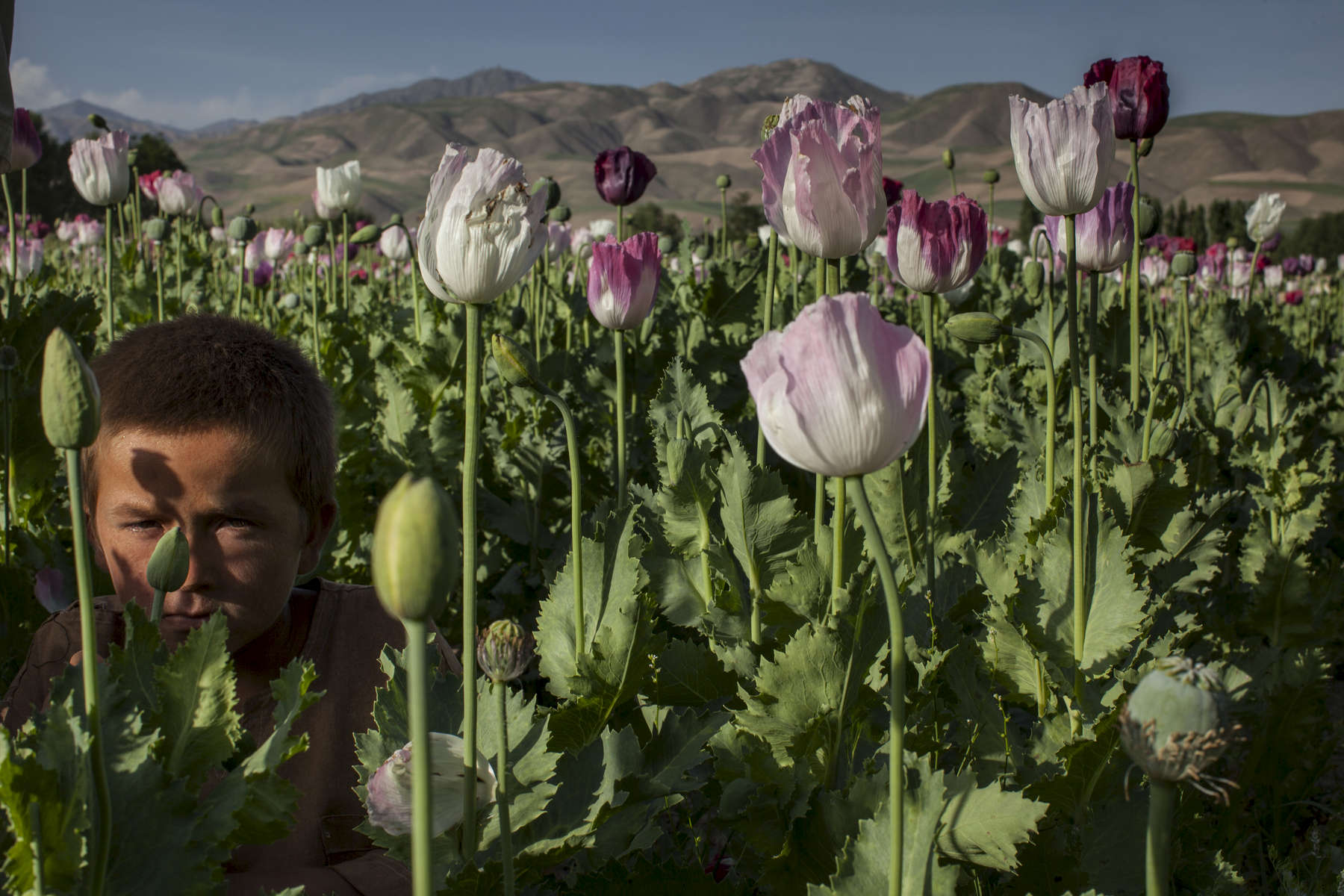 A boy hides in a field of poppy flowers where he is helping his father who is a farmer in Badakhshan province. Most farmers receive 50% of the harvest profits from the opium collected. Afghanistan is still the greatest illicit opium producer in the entire world, ahead of Burma (Myanmar). Currently 1kg of opium equals about $200 US. Opium production in Afghanistan has been on the rise since U.S. occupation started in 2001.