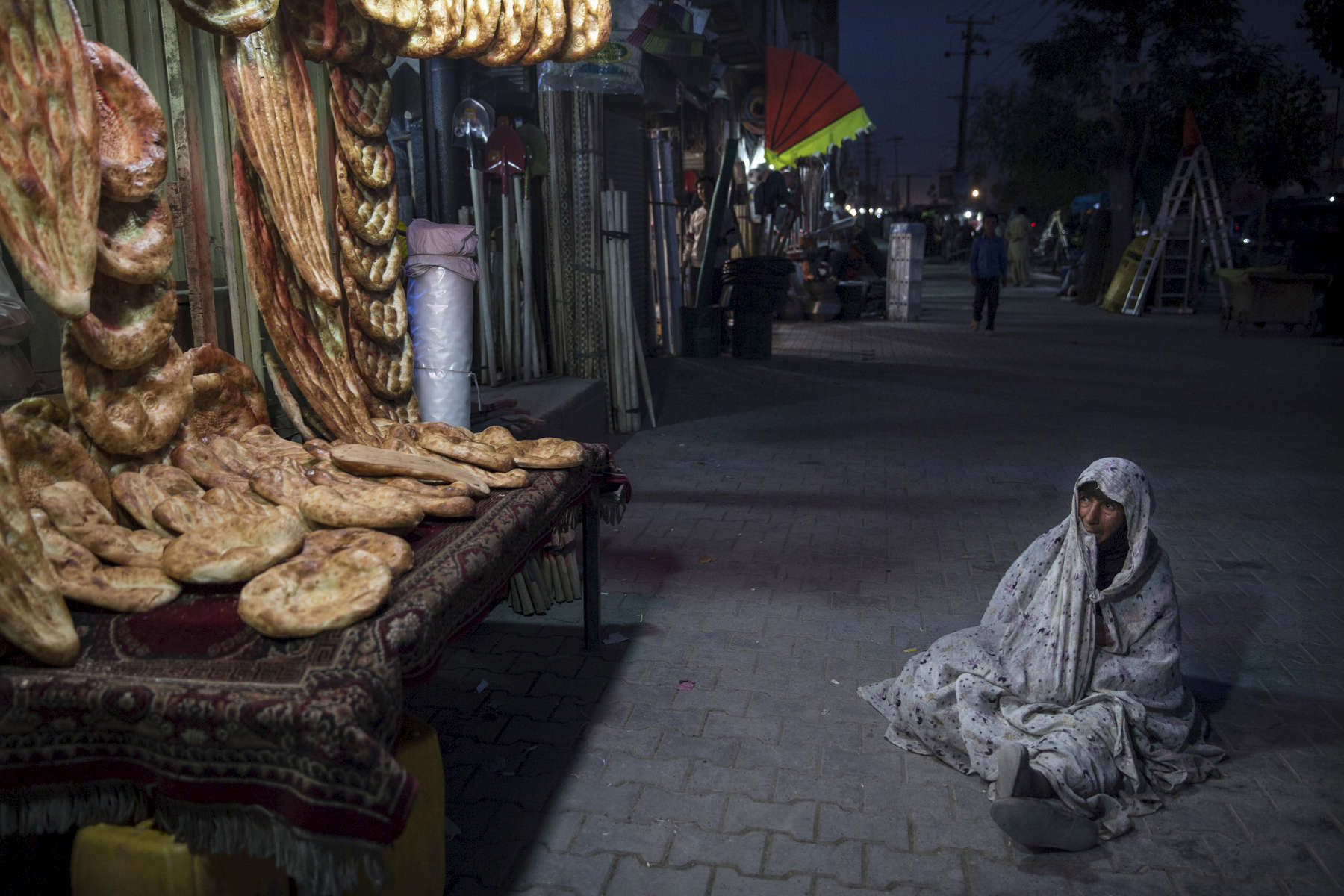 
KABUL, AFGHANISTAN -JUNE 19: Farzana sits on the streets of Kabul begging, she sits outside a bread shop waiting for handouts. She said her husband died as a solider with the Afghan National Army (ANA). More than three decades of uninterrupted war in Afghanistan has mass produced widows who live in extreme poverty, often seen begging in Kabul\'s traffic choked streets. According to the UN nearly half of the children in Kabul have lost a parent. The overall number of widows is not known, but it is thought to range from several hundred thousand to 2 million.