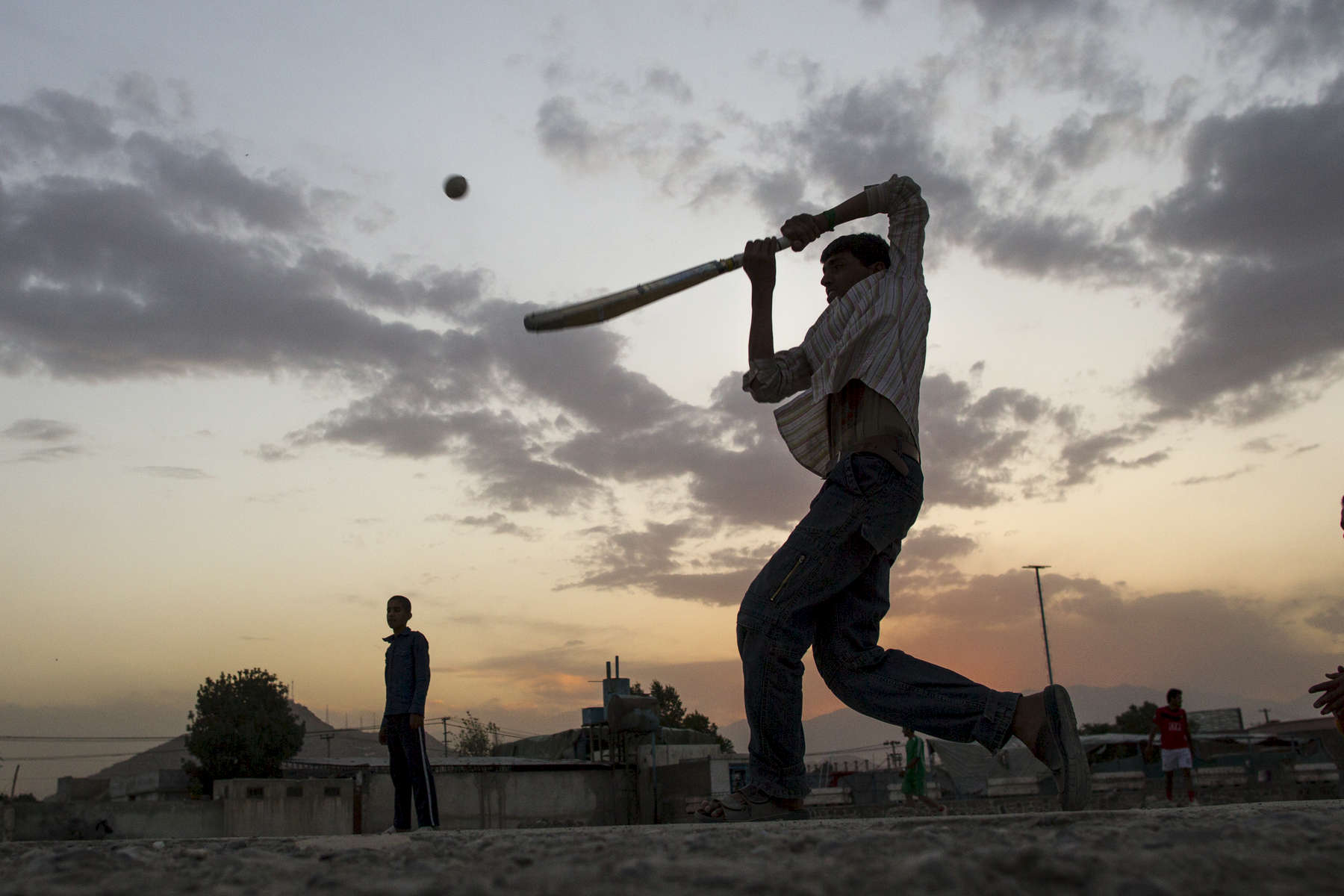 
KABUL, AFGHANISTAN -JUNE 5 : June 5, 2011, in Kabul, Afghanistan. Cricket enthusiasm continues to grow as Out of the Ashes, a documentary film about the Afghan cricket team\'s efforts to qualify for the sport\'s World Cup, gains more attention and awards. In the early 1990s, cricket fast grew as a popular amongst Afghan refugees living in Pakistan. Five years later in 1995 the Afghanistan Cricket Federation was formed. Under the Taliban rule, like all sports, cricket was originally banned, but cricket became an exception in 2000 and the following year the Afghanistan Cricket Federation was elected as an affiliate member of the ICC.