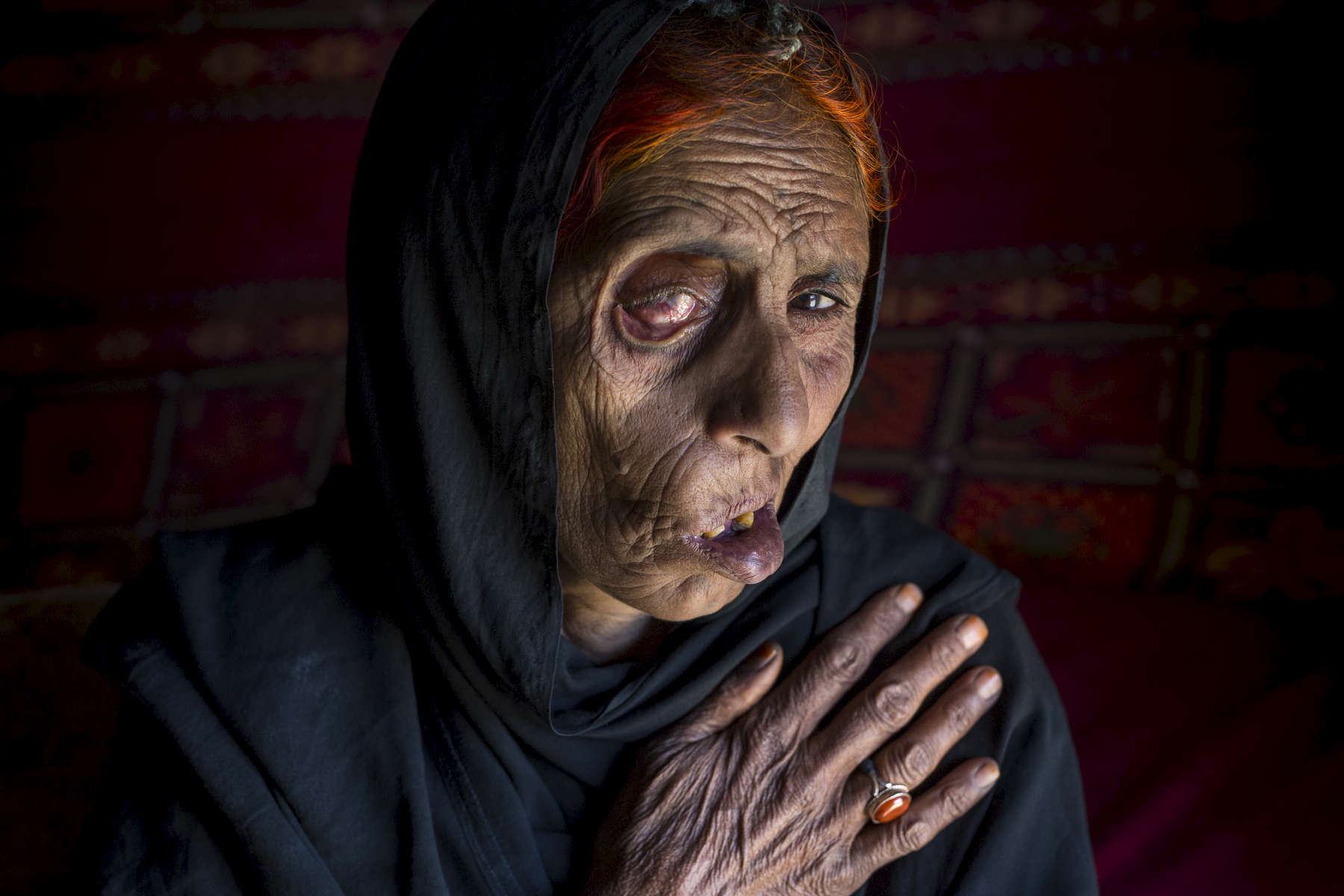 
KABUL, AFGHANISTAN - APRIL 10, 2015: Widow Naiz Bibi claims she is 68 but really can\'t remember clearly. She has had a very hard life, blinded in one eye she fled up north to the IDP camps of Kabul from the war torn province of Helmand. Naiz barely survived after she lost 7 members of her family during a NATO air strike including her husband, daughter and 2 sons. The eight that survived are now helping to take care of her since she is in bad health, living in the squalid Nasaji Bagrami camp outside of Kabul for thousands of war refugees.