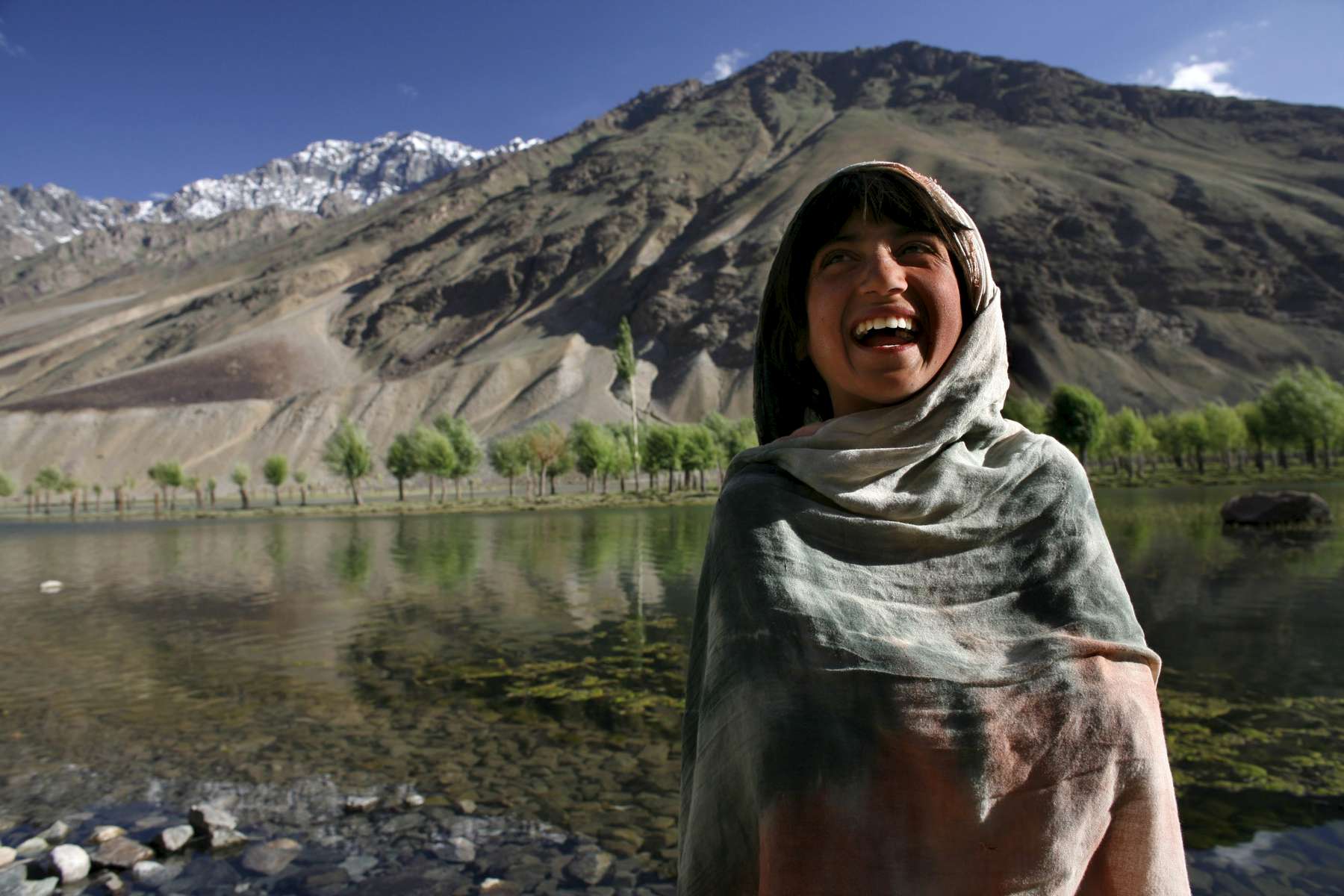 
PHANDER, PAKISTAN - JULY 7: A Pakistani girl smiles against the mountainous landscape of Phander near the annual Shandur Polo Festival, July 7, 2007 on Shandur pass in Pakistan. The three day festival is the world's highest pitch at 3,810 meters surrounded by mountains from the Hindukush, Pamir and Karakoram ranges. The matches are played between the A, B, and C level teams from Gilgit and Chitral, traditional rival teams. It is believed that Polo was introduced in South Asia by the Muslim conquerors in the 13th century. (Photo by Paula Bronstein/Getty Images)