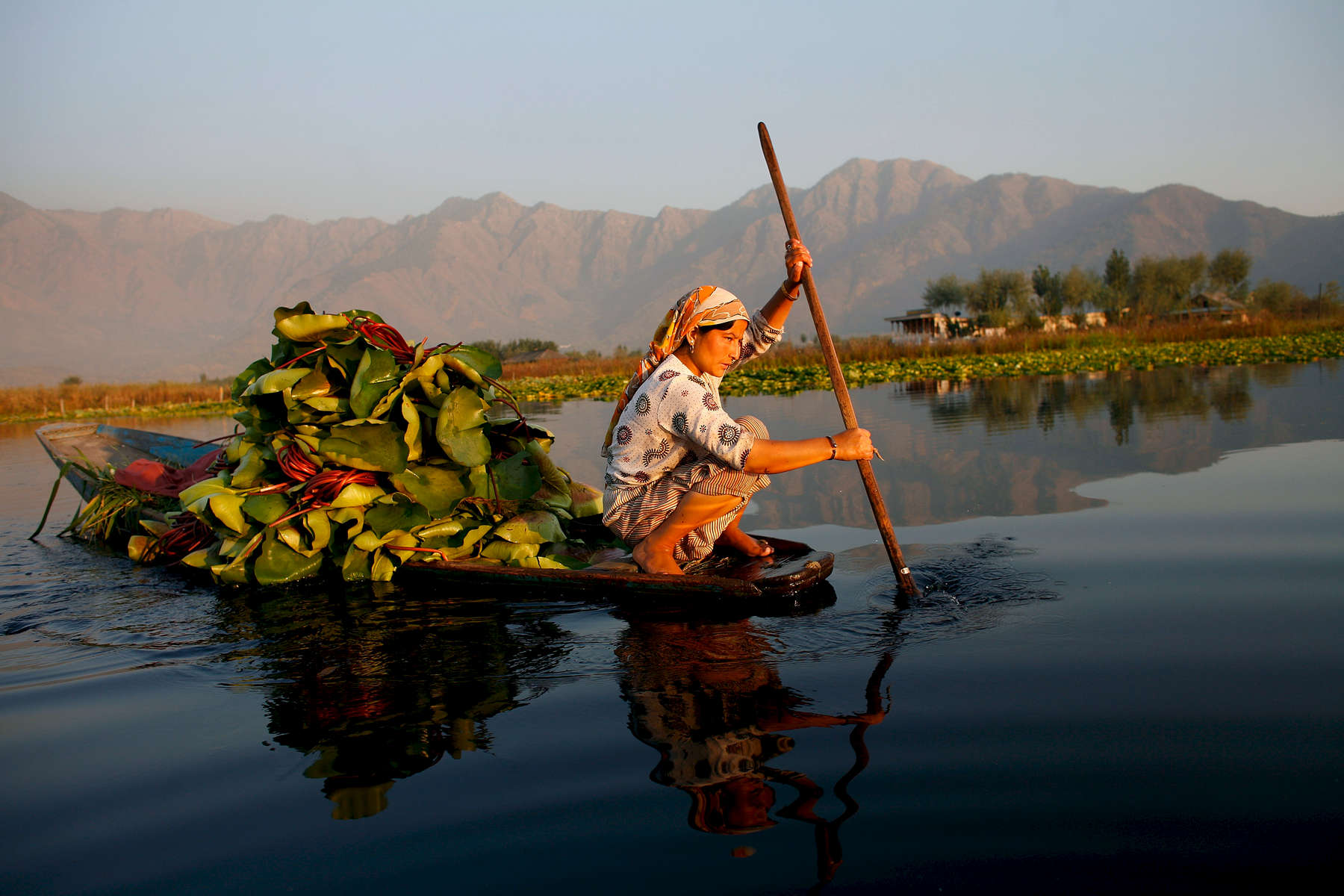 
SRINAGAR, INDIA - OCTOBER 4 :A Kashmiri woman paddles along on Dal Lake October 4, 2008 in Srinagar, Kashmir. In the past few months the region's summer captiol has witnessed the biggest pro-independence demonstrations since the separatist insurgency erupted in 1989. The protests have triggered a heavy crackdown by Indian security forces including many strict curfews and with that tourist numbers have dropped significantly. Continous disturbances have brought down hotel occupancy from 100 percent in May 2008 to almost zero in September 2008," according to government statements. (Photo Paula Bronstein/Getty Images)